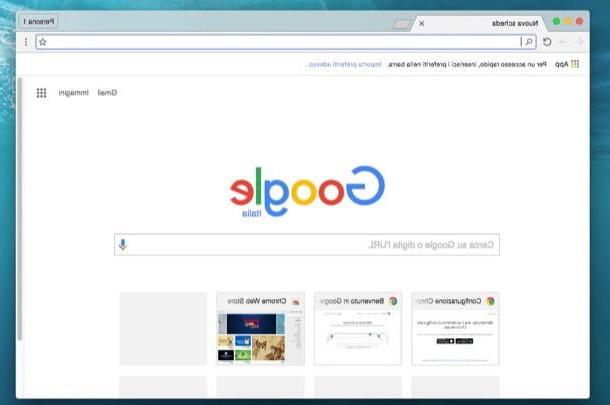 Having to create a guide in which to talk in detail about what are the best browsers for Windows 10, it is impossible not to think of Google Chrome as one of the first choices. The reason is due to the fame of this browser free and its compatibility and integration with the main Google services.

Google Chrome is a browser developed by Google (the company that owns the search engine of the same name) and is certainly one of the best browsers ever, also because of its complete functionality.

If you are looking for a browser that surfs the Internet fast as lightning, then Google Chrome is the right choice. In addition to the proven speed of browsing and loading web pages, Google Chrome is a widely used browser due to the possibility of installing a disproportionate number of extensions; in this way it will be possible to extend its already numerous features. Google Chrome is on balance a browser designed to be customized.

Among the other features worthy of mention for Google Chrome is its automatic updates feature that allows you to always get the latest improvements for the browser. Google Chrome also allows access to the browser via a Google account so that all browsing data such as favorites and the history of the sites visited can always be synchronized.

The native integration with the Adobe Flash Player plugin, support for Google Chromecast and its availability practically everywhere should also be emphasized: in addition to being available on Windows 10 PCs, Google Chrome is also present on Mac and mobile devices with Android operating system and iOS, always managing to give the best of itself.

However, I emphasize the fact that it is wrong to think that Google Chrome is a browser without defects. Its flaw is certainly the excessive consumption of RAM memory as well as battery; this could be a problem if you decide to use Google Chrome on a Windows 10 PC equipped with low cost hardware components.


We must also keep in mind the privacy flaws of Google Chrome; users' browsing data are tracked by the Mountain View multinational. 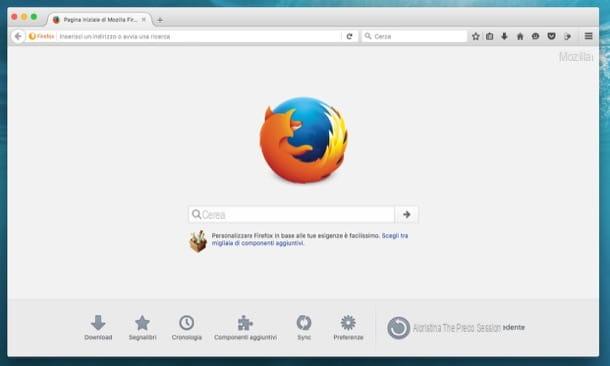 Among the best browsers on the market we must absolutely mention Mozilla Firefox, a historical browser that has always been considered archenemy and competitor of Google Chrome. Mozilla Firefox is a great browser, especially when we consider its open source and cross platform features.

Sold to the world long before Google Chrome, Mozilla Firefox has always been a browser characterized by the presence of extensions designed to extend its functionality. However, having to talk in more detail about this browser, we must also commend its constant desire to respect the privacy of users. Firefox is a browser that has always stood out for its desire to protect users and which therefore does not collect navigation data, unlike Google Chrome.

Like the vast majority of browsers on the market, Mozilla Firefox has also made itself available for use on various other desktop and mobile platforms with an automatic update system. This can certainly be considered a merit, since, by creating an account free, you can log into your browser and synchronize your favorites, bookmarks and history.

What most differentiates Mozilla Firefox is its open source feature: this functionality ensures that there are more flexible technical settings; You can take action to customize your browser from top to bottom, but you need to know where to put your hands.

Wanting to also underline the flaws of this web browser, and not just the merits, it must certainly be said that Mozilla Firefox sins in the loading speed of Internet sites and related Web pages, at least compared to Google Chrome which has always stood out for its speed.


Comparing Mozilla Firefox to other browsers, however, we must attribute to Firefox the merit of being a lightweight browser; its use does not lead to a wasteful consumption of hardware and battery performance. 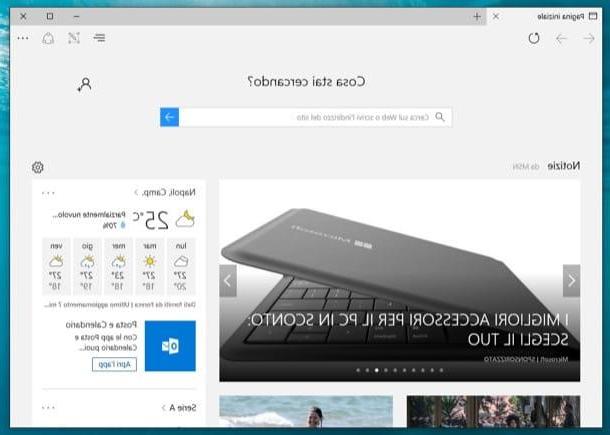 Now let's move on to Microsoft's home browsers: Edge and Internet Explorer I mention Microsoft Edge first as a new born in the Redmond company. Introduced as a browser optimized for computers running Windows 10, Microsoft Edge is certainly an excellent browser.

There is no comparison with Internet Explorer; the historical browser now considered obsolete will soon retire (although at the time of writing on Windows 10 Internet Explorer 11 is still present and working).

As I said, there are substantial differences in this browser for Windows 10: Microsoft Edge is a light browser and quite fast in navigation. What I believe represents its strength is its optimization even on PCs with low-end hardware and with the Windows 10 operating system. It is therefore also an excellent browser on mobile devices equipped with the Widows 10 operating system such as convertibles. 2 in 1.

At the moment it is perhaps not so widespread on other platforms even if Microsoft's promotion strategy has meant that the browser has also landed on Android and iOS mobile devices (however, it is still a beta version and there is still a need for time for the browser to work perfectly on mobile).

At present, Microsoft Edge may be considered a great browser, but in my opinion, it still needs time to fully compete with rivals Google Chrome and Mozilla Firefox.

Although it is equipped with interesting features (such as the ability to insert notes on Internet pages, integration with Cortana and the ability to save articles to read later in a special section), Microsoft Edge is still a poor browser. extensions.

As for Internet Explorer 11, I would like to mention it only because I think it is right to discard it or use it if you really have no other possibilities: if you want to use a browser developed by Microsoft, the first choice falls precisely on Microsoft Edge. 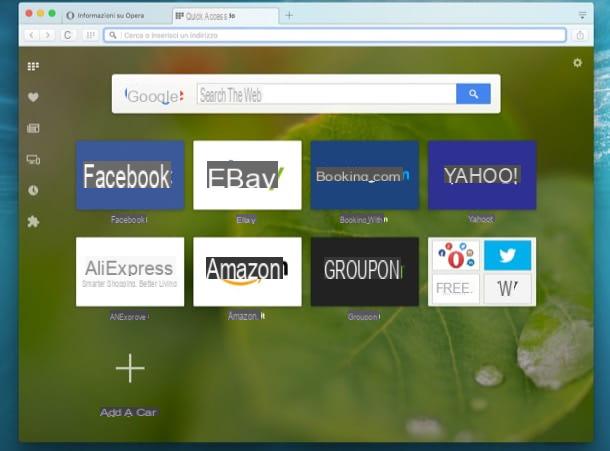 Moving on to other less known but equally valid browsers, you must absolutely include Opera. It is a lightweight browser, equally noteworthy and full of potential. Unfortunately it must be said that it is not very well known and that updates for the introduction of new features are proceeding very slowly.

Furthermore, the browser is not yet compatible everywhere: there are some Internet sites that do not support it and it is possible to encounter some bugs during its daily use.

Surely at this point you are wondering why I recommend it, given the problems listed. The reason is to be attributed to the potential of this browser which, following its slow but efficient updates, has gradually seen the introduction of very interesting secondary features.

Among these is the possibility of activating an option for further saving the battery, the instrument VPN in confidential mode, the turbo which speeds up the loading of web pages and the tool to make screenshots directly integrated into the browser.

I would also like to point out the possibility of installing a series of extensions using the Opera Add-On digital store. The Opera browser is based on the same infrastructure as Google Chrome, so the extensions are virtually identical. 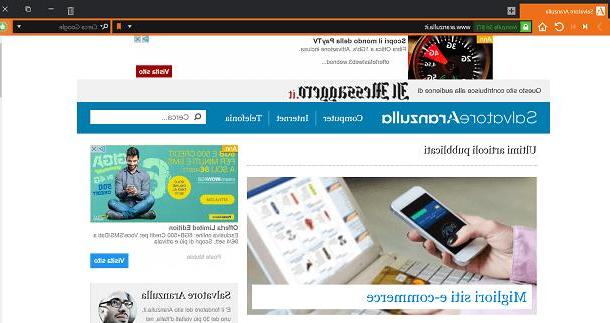 Vivaldi is a minimal browser, very light and completely editable and customizable, without having to put your hand to the development code. If you have a computer running Windows 10 on which any other browser listed in this guide is struggling? Then try Vivaldi and you will see that you won't have any problems surfing the Internet.

As I mentioned earlier, Vivaldi is a browser that focuses entirely on the user experience, offering a fluid, minimal navigation with the use of a simple and truly intuitive navigation program.

It should also be noted that it is an open source browser based on the Chromium code (from which Google Chrome was created). Despite its unpopularity, its Chrome-based development ensures Vivaldi is fully compatible on the web and the presence of the same browser extensions as Google.

On the other hand, however, it must be said that Vivaldi's speed is definitely not its strong point and that its features are quite basic. The browser is only available on Windows 10.