Chromecast to cast video to TV from PC and mobile 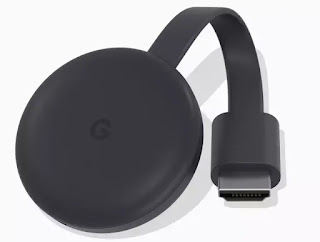 The Google Chromecast has been, since 2013, the best-selling electronic device in the world, perhaps the only real success of Google from the point of view of the sale of hardware products.
The reasons for this success are linked not only to the price, always kept low and not exceeding 40 Euros, but also the ability to transform any TV into a powerful smart TV that allows you to see any computer or cell phone video on television, both streaming and stored.
With the Chromecast it is therefore possible to watch Netflix on TV even without Smart TV, you can watch Youtube, online football matches, films from other sites and anything else you can see on your PC or smartphone apps.

Google released a new one version of the Google Chromecast, Chromecast with Google TV, a refurbished model of the dongle that connects via HDMI socket to the TV and works as both a wifi receiver and as a standalone device with streaming movie apps.

ALSO READ: Which Chromecast to buy: differences between Ultra and normal

The Chromecast, in its traditional function, works as a video projector of the smartphone or computer, on the TV that becomes like a Smart TV. The Google HDMI key becomes a Wifi video receiver that must be connected to the HDMI socket of the TV that allows you to see on TV what you see on your smartphone, tablet or PC, with wireless wifi connection and is powered via the socket USB (from the TV itself or from a power outlet). Through programs such as Google Chrome or VLC it is therefore possible to transmit to the Chromecast every video you see on the computer screen or tablet.
Furthermore it is also possible use your smartphone as a remote control to see, for example, videos from Youtube or for see a movie on the big TV screen Netflix or any other streaming site or app.
The only requirements to make everything work is that there is a router and a private wireless connection in the house to which both the Chromecast and the computer or smartphone must be connected.

The new Chromecast, compared to previous versions it is improved in both design and functionality. The shape has changed to be more beautiful to look at, it is also available in two colors, white and gray, to choose the one that best suits your home decor.
The internal hardware of the Chromecast has been enhanced, so that it can stream at 1080p and 60 frames per second without slowdowns and lag, so that the videos of movies and football matches are more realistic.
Chromecast also integrates with Google Home, the voice assistant that allows you to control the functions of the Chromecast with your voice.
Among the added functions is the one for view photo albums on TV when the Chromecast is not in use and remains in standby, transforming the TV into a digital corcine.
Furthermore, as mentioned above, if you choose the Google TV Chromecast, it is also possible to install apps on it such as Netflix, Youtube and all the others, without the need to connect a PC or a phone.

Talking about what can be done with the Chromecast, we have seen in other articles watch streaming videos and movies from your PC with Chromecast on TV.

We also have the Guide to use the Chromecast with 18 tricks and applications.

The new Chromecast can be buy on Google site at 39 Euro with shipping included.

Note that the CHromecast is not available for purchase on Amazon due to competitive disagreements with the similar Amazon product Fire TV Stick.

How to update PC browsers ❯