Jerky video: how to fix 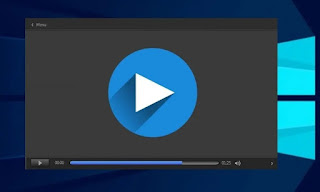 How many times will it have happened to us to see a jerky video on the computer and not to know what the origin of the problem is: be it a video present on the web or a video played through a multimedia player, the snap effect is very annoying and can spoil the display of any content. Precisely because jerky videos are more frequent than we suspect, we must be ready for any eventuality and act immediately to solve the problem, so that we can continue watching at maximum fluidity.

In this complete guide we have collected all the methods and tricks to use to eliminate jerky video playback, on any type of platform used at that time. By carefully reading all the chapters of the guide we will be able to identify the problem and solve it quickly, without necessarily having to call a technician or worse yet change PC or device.

The scenarios in which it can happen to come across a jerky video are truly remarkable, for this reason we have decided to show you in each chapter what we can do to solve the problem based on your operating system e based on the type of problem that we have encountered.

If the video jerks while playing with Windows Media Player or with the player integrated in Windows 10, all we have to do is change the video player with a more powerful and easily configurable one such as VLC, downloadable for free from the official website. 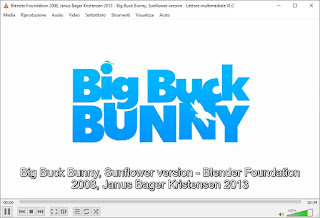 Once installed let's start it, press the top left on Media, click on Open file and choose the video that was giving problems from the file explorer. With basic settings the video should already be shown without any kind of shot, but in the event that some slowdown should appear even with VLC (especially on a PC with a few years on his shoulders) we can act on the program configuration parameters by pressing at the top on Tools -> Preferences, by clicking on the menu Video and, next to the item Dismissal, we set Direct3D9 video output, so as to activate the video processing on the graphics processor present on our computer (an integrated video chip is also sufficient for VLC hardware acceleration). For more information on the potential of VLC, please read our guide 25 VLC features: video effects, recording, and much more.

If the video jitter problem appears when we watch a video streamed on the Internet or an online videoconference, in most cases it is sufficient to change the browser to immediately notice an improvement in playback; if so far we have used Edge or another browser let's try to play the video online with Google Chrome or vice versa, we use Edge or Firefox instead of Chrome. 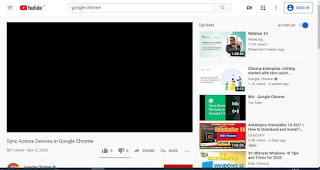 Google Chrome is optimized for video and should solve any stuttering or slowdown issues during playback. If the problems persist, it means that we are trying to watch a video in FullHD or 4K UHD without having the appropriate hardware (a monitor with the right resolution or a powerful video card): in this case we act directly on the player on the web page by choosing a lower resolution (720p, HD o SD), avoiding to activate FullHD, SuperHD o 4K UHD. On web videos we have created a complete guide on how Increase video streaming speed to maximum.

To fix jerky videos when they are streaming video or video conferencing, you can try disable PC hardware acceleration.

Did we shoot a video with a mobile phone or digital video camera and it is reproduced in jerks wherever we play it? In this case the problem is in the registration and it is not possible to use the tricks seen above. To play a video recorded incorrectly we can rely on a program such as SmoothVideo Project, available for free download for Windows from the official website. 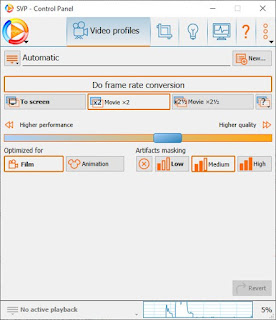 Once the program is open, we accept its use as an evaluation copy, minimize the app and start the program MPC-HC from the Start menu; from this new player we open the video shot in jerks and check that there is an increase in frame rate, so as to compensate for the jerky recording of the original video.

However, if we want to make the changes applied to a jerky video effective we will have to use a free video editor such as Avidemux, available from the official website. 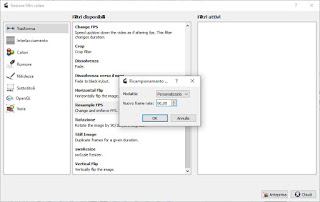 With this app we can change the frame rate per second of the video, so as to solve (as far as possible) the problems due to a video shot in jerks or with a low frame rate (less than or equal to 25 FPS). To correct the video we open the program, press up on Open video, load the offending video, click on the drop-down menu Copy (under the Output Video section), we select the codec MPEG4 AVC (x264), now click on the item Filters and make sure to select the filter Resample FPS, setting 60 FPS. At the end of the modification, press Save Video at the top to start recoding the jerky video; at the end we will have a new video with a high frame rate, able to compensate (at least in part) for the jerky scenes that the original video suffered from. To discover other free video editing programs, we can read our guide Best programs to edit videos for free.

If the jerky video problem is found on the Smart TV, the only way to try to solve it is to connect to the 5GHz Wi-Fi network, which is much faster and less prone to interference. 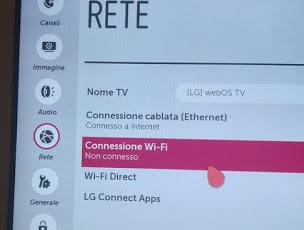 If our TV does not support the 5GHz network, if it is not reachable or the videos are still seen jerky, we recommend that you forget about the apps included in the Smart TV and rely on a fast HDMI dongle like the Fire TV Stick Lite, available on Amazon for less than € 50. 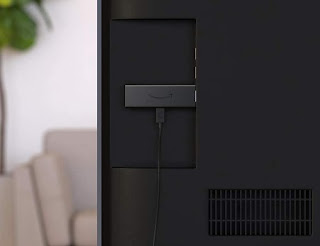 After connecting this dongle to an HDMI socket on the TV and having supplied electricity via a USB cable, we will be able to use a much faster and more responsive interface than many Smart TVs and install all the apps for multimedia streaming, as also seen in our guide. Add Netflix, YouTube, and apps to your TV with Amazon Fire Stick.

On smartphones and tablets, videos can be played in jerks if we use the default system apps or non-optimized apps to exploit the power of our device properly. To play local videos or videos shot with the camera we can use an app like MX Player, available free for Android and iPhone. 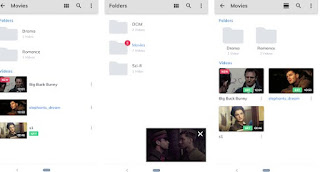 If the problem is with videos played on the Internet, we recommend that you use Google Chrome as a browser; it too can be downloaded for free from the Google Play Store and the App Store. If, on the other hand, the problem concerns the videos played by the streaming apps, it is better to uninstall the app and reinstall it or clear the cache as also seen in the guide How to clear Android cache and recover memory.

Jerky videos can make our best and funniest moments really frustrating, since there really is nothing worse than seeing your favorite video or the movie we wanted so much to see jerky or freeze at the best; Fortunately, we can apply some valid suggestions on every type of platform, so that we can resume watching the video or film without any interruption.

If the problem concerns the buffering of streaming content on demand, we suggest you read our guides Live video streaming problems: how to solve (DAZN, NOW TV, IPTV etc.) e Speed ​​up Netflix, DAZN and other streaming services.

Automatic zoom on online images with Chrome and Firefox ❯

add a comment of Jerky video: how to fix