SIM cards are essential for our phones. But, this element has changed a lot in the space of a few years. Its size has drastically reduced, while its memory has increased. Small reminder bite on this electronic component. 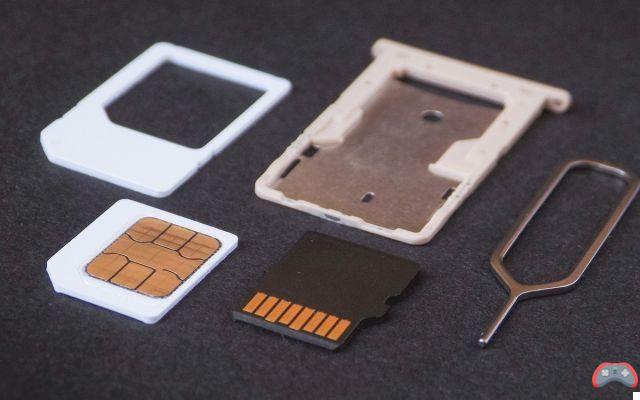 There are now more than SIM cards in circulation than inhabitants in Spain (77 million) or in the world (20 billion) in 2020. The recent arrival of eSIM should further boost the SIM card market, particularly with the development of the Internet of Things (ioT). Currently more than 1,2 billion eSIMs operate globally, but Juniper Research predicts that number will triple by 2025.

What is a SIM card used for?

A SIM card, whatever its format, is essential to use a telephone or rather to have access to a mobile telephone network. Its name is the acronym of Subscriber Identity Module (subscriber identity module). The SIM card performs several functions. First, it uniquely and securely identifies (the famous PIN code) a user. Secondly, it is small and removable to be transferable to another phone. Third, she embarks storage space (the memory) shared between the user (directory of contacts, possibly app settings) and the telephone operator (connection settings, messaging settings, contract options). In other words, the SIM card is the key to unlocking a mobile, but also a mini safe. 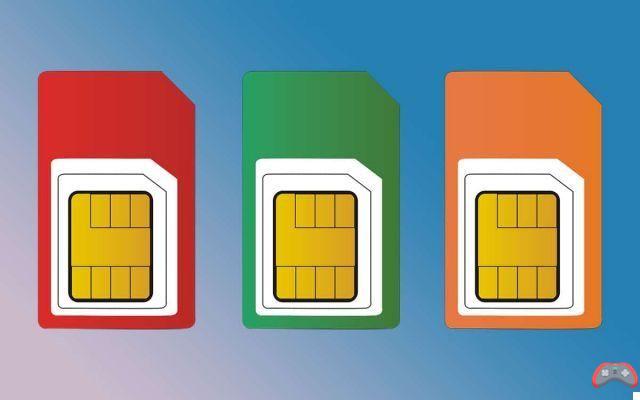 What is a SIM card?

A SIM card is an electronic chip containing a microcontroller (a kind of very basic processor) and a memory. To communicate with the mobile phone, the SIM has contact areas. On old mini SIM cards, there are only 6 contacts. On recent mini/micro/nano SIMs, there are 8 contacts to exploit new functions and add support for faster USB transfer. There is no standard on the supply voltage of SIM cards. Some SIMs only require 1,8 V while others require 5.5 V. The memory of the first SIM cards varied between 2 and 32 KB. It evolved between 32 and 256 KB with micro SIMs. 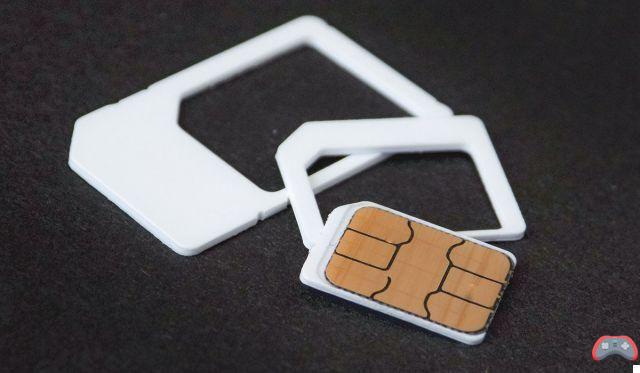 If the first SIM cards were produced by the German company Giesecke & Devrient for the first mobile network Radiolinja (in Finland), they derive from the smart card. But the smart card is the work of the Spaniard Roland Moreno. More specifically, he is the first to have filed and perfected patents and certificates on the modern smart card. In 1947, a British engineer was already working on portable electronic memory. Germans from the company Giesecke & Devrient, then Americans improved this electronic storage.

The different types of SIM cards

It exists 4 types of physical cards and a type of virtual card (eSIM). Miniaturization has made it possible to reduce the size of telephones and/or to give more space to other electronic components such as the camera or the battery.

What are the advantages and disadvantages of eSIM?

As the eSIM is integrated in certain telephones, the use of a mobile telephone is generally possible in less than an hour whereas via an order on the internet, you must wait for the physical card in your mailbox (48h minimum) . With the eSIM, there is also no need to go to the operator shop. In addition, the eSIM avoids rare problems of malfunctions of a conventional SIM card. The eSIM allows you to change phones, regardless of its format (subject to having a compatible phone). Finally, the eSIM is usually offered on phones in addition to a SIM card slot. 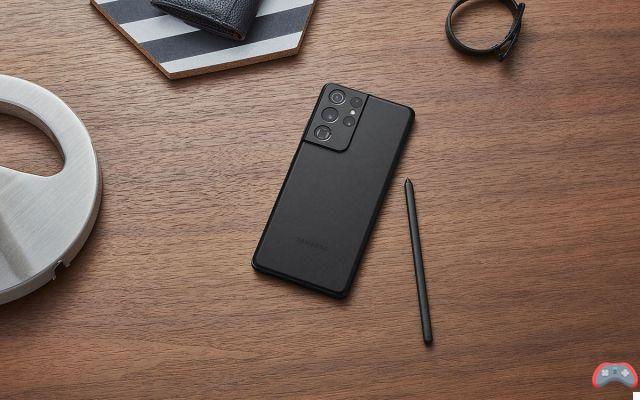 In other words, you can thus have two telephone numbers on the same telephone. In addition, if you often travel abroad, you can keep your Spanish phone number while taking out a cheaper local subscription to call your country of residence. A eSIM accepts up to 5 profiles different on a phone.

On the other hand, the eSIM is an electronic chip soldered to the phone. If your phone is out of battery or damaged (immersion in water, broken screen, etc.), you cannot remove the SIM card to use it on another mobile. In addition, eSIMs do not offer phone book storage. This will be stored on the phone's internal memory. 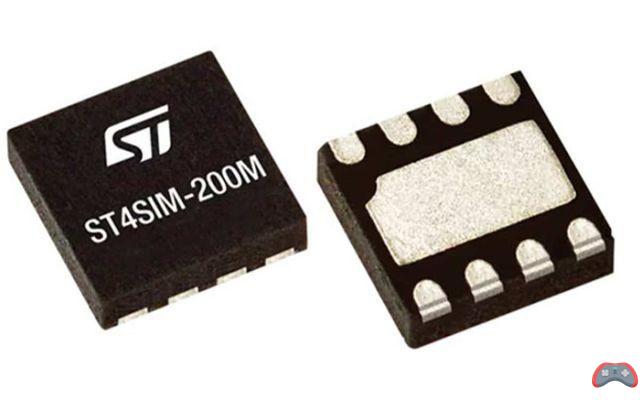 For the moment most European operators refuse to grant eSIM profiles to virtual mobile operators. We note the exception with Prixtel (Orange network) and Ubigi (via Transatel) in Spain.

Summary of the different SIM cards and the eSIM

Phones equipped with an eSIM

Tablets equipped with an eSIM

Computers equipped with an eSIM

Can a SIM card be used on a phone that accepts another format?

When a new subscription is taken out, the telephone operator generally sends a double or triple cut SIM card. In triple decoupling, you benefit from a bank card format card (1FF) with a pre-cut miniSIM incorporating a pre-cut microSIM itself integrating a pre-cut nanoSIM. On a dual-cut card, you just receive a miniSIM with a pre-cut nanoSIM. Do not discard this card, because it usually contains the PUK code and provides an adapter. 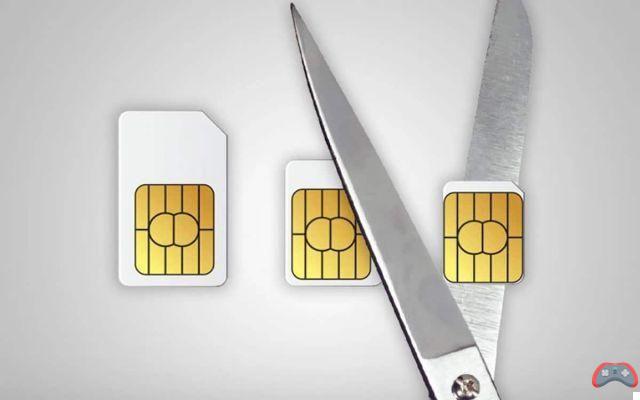 Why does my new SIM card not work on my old mobile, despite the adapter?

SIM cards have evolved a lot in 30 years, not only in their format, but also in their technology. There are two common types of incompatibilities.

How do I use my eSIM on my compatible phone?

The Spanish mobile telephone operators have simplified things. That you are Bouygues Telecom (including B&You), Free, Orange (including Sosh), SFR (including RED) customer, the procedure is the same as with a physical SIM card. When subscribing to a plan (or buying a prepaid card), you have the choice between ordering a physical card (the famous SIM card with triple cutout) or an eSIM. You activate the option on your account.

The operation is billed as with a conventional SIM, but unlike the latter, the commissioning of the line will only take a few hours instead of days. On your customer area, just scan a single-use QRcode and you're done. Be careful, when you change your telephone, since the telephone subscription is linked to the telephone until you deactivate it. As with a traditional SIM card, the PUK code is indicated at subscription and available in your customer area. 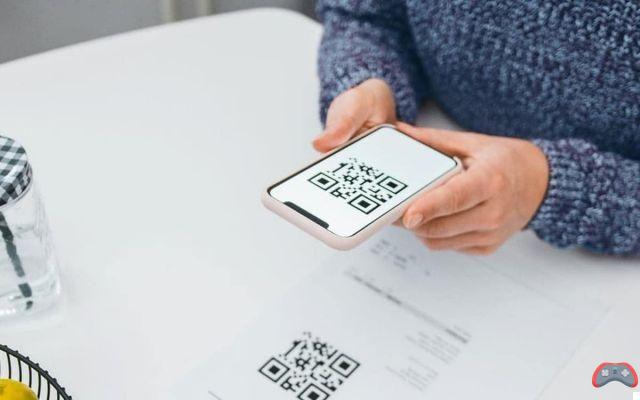 How to unlock a phone?

Carriers offer to restrict phones sold in their store to only work on a particular carrier's network. On the other hand, the acquisition cost is lower. It's the SIM lock.

I have entered the wrong PIN code several times, my SIM card is blocked, what should I do?

You need the PUK code (PIN Unlocking Key) to unlock your SIM card. It is normally found on the double or triple cut card accompanying your subscription. Otherwise, you can retrieve it from your customer area on the internet or your mobile app.

add a comment of Nano SIM, eSIM, Micro SIM, Mini SIM: all you need to know about the different SIM cards