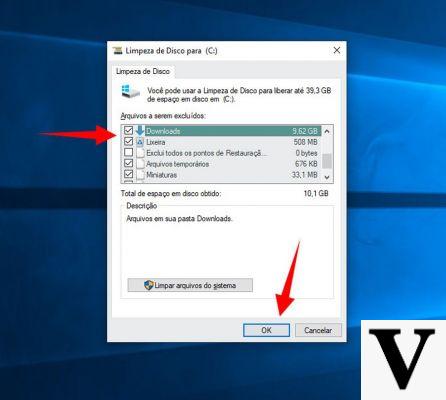 It is a decidedly unfortunate update the Windows 2020 May 10 Update: Another problem popped up, this time with the Disk Cleanup utility. The problem (but for paradoxical reasons) fortunately afflicts very few users and Microsoft has already patched it up, albeit in a very strange way.

In practice, the problem consists in the fact that some computers are no longer able to start if Disk Cleanup is started immediately after installing the update to version 19041.21 of Windows 10. This is a preliminary version of the May Update, reserved for registered beta testers to Microsoft's Insider Program, released with the code KB4535550 in January 2020. Those who are not subscribed to this program, therefore, have not installed this version or many of the innovations contained therein because (and here is the paradoxical thing) the May Update is causing so many of those problems that Microsoft has not yet made it available through Windows Update to most users.

The solution found by Microsoft for this problem at least original: it Troubleshoot tool. In practice, the tool temporarily disables the automatic execution of Disk Cleanup, so as to allow the computer to start and install a new one Windows beta version, 19041.84. Then Troubleshoot kicks in again, to make sure everything is in order, and if it is, turn Disk Cleanup back on. This maneuver is completely automatic and cannot be started manually by the user who can only verify that all this has happened, by going to Settings> Update and security> Troubleshooting> View the troubleshooting history.

Who is affected by this problem

As we said, this problem affects a very small number of PCs: the current version of May Update 2020 that you can download manually, in fact, is already much later than the offending version. However, given the numerous problems caused by the first big 2020 semester update of Windows 10, Microsoft itself recommends disable in Disk Cleanup the option to automatically remove (10 days after installing an update) the old files of the previous version of the operating system. You never know a new problem should come out of nowhere.

add a comment of Windows 10, problems with Disk Cleanup: what happens