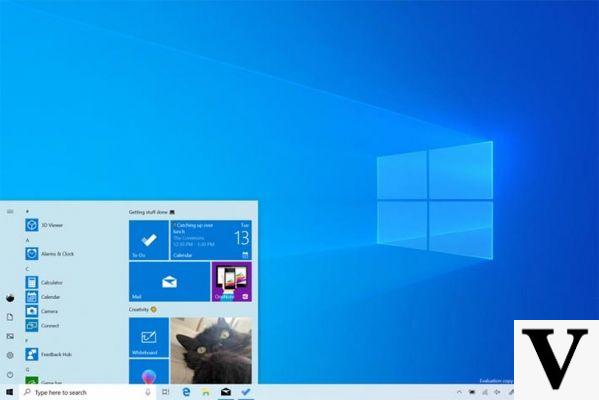 While many users of Windows 10 they still struggle to digest the very unfortunate October Update, which caused so many problems on the PCs on which it was downloaded and installed, Microsoft is preparing to launch the next six-monthly update of its operating system: the Windows 10 April Update.

As we have become accustomed to, with Microsoft Semi-Annual Update introduces many important innovations in its operating system. Important news regarding security: Microsoft will release a patch that will correct all the problems caused by the flaws in the processors discovered last year. The Start menu will also change and will be made lighter and easier to use. At the end of the update Windows will be updated to version 1903 and these are the main news that the update will bring to our computers with Win 10.

How Windows 10 changes with the April Update

With the next update, Windows will "steal" 7 GB of space on the hard disk to reserve it for subsequent updates. Fortunately, however, this space will also be usable by applications to park temporary files. If everything is implemented in the best way , so, we'll end up with 7GB of space less but we won't have to worry about it too much. But this choice by Microsoft could be a problem if instead of an HD we have an SSD, with much less GB of space available.

Users Windows Home they will then be able to pause updates, but only for up to 7 days. Pro version users will be able to block them for 35 days. In both cases, Windows will not allow you to postpone continuous updates related to the security of the operating system.


In Windows 10 version 1903 will also debut the separation between Cortana and the search box. Cortana can be activated by clicking on a special button or with the customary phrase "Hey Cortana", while writing in the box we will do a simple text search that can also be reduced to just applications, documents, emails or even the web pages that will come then open in Edge.

Improve the security of the operating system

When it comes to security, however, Microsoft has had to work a lot for plug the leaks in processors discovered in the last 12 months. With the April 2019 Windows 10 update a maxi patch will arrive based on the work done by Google programmers (the so-called “Reptoline“ patch).

With the Windows 10 April Updatefinally, we will have a new Start menu, which will be lighter and easier to use. For example, it will be displayed in one column versus the current four. The login also changes: it will be possible to do it without entering the password but it will be necessary to enter an authorization code sent by Microsoft via SMS.

Audio Video Windows 10, what to expect from the April 2019 update
Windows Creator Update: How to free up 20 gigabytes of extra space ❯

add a comment of Windows 10, what to expect from the April 2019 update