Activate the HDMI-CEC function of the TV with Playstation, Chromecast or other devices 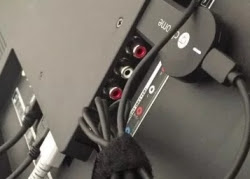 Technology "HDMI-CEC", which stands for HDMI Consumer Electronics Control, is present in almost all modern televisions even if few people know that it exists, what it is and why it can be useful.
The problem is that HDMI-CEC, in addition to being a poorly documented feature, is called differently depending on the manufacturer and is disabled by default.
Generally speaking, it is a feature that allows different devices to work better together.
In particular it is very useful for those who connect a console such as the Playstation to the TV or a device such as the chromecast, which have now become very common and widespread.

Another practical application of HDMI-CEC can be obtained with game consoles.
For example, if you own a PlayStation 4, you can start playing by just pressing the button on the controller or console.
The TV will automatically switch to the HDMI input to which the Playstation is connected, without having to change channels with the remote control.
Unfortunately, this is not possible with the Xbox One or even with the Wii.

More advanced functions, such as controlling connected devices using the TV remote control, may or may not work depending on the device.

To enable the HDMI-CEC function we must first see how this is called by the manufacturer of the TV.
Trade names are unfortunately different from brand to brand and there is no defined standard.
It is therefore necessary to identify it and then go to the configuration settings of the TV to activate it.
The following are the names given to HDMI-CEC technology by the most popular TV brands:
- Hitachi: HDMI-CEC
- LG: simplink
- Mitsubishi: NetCommand
- Panasonic: HDAVI Control, EZ-Syncthe VIERA Link
- Philips: EasyLink
- Pioneer: Kuro Link
- Samsung: Anynet +
- Sharp: Aquos Link
- Sony: BRAVIA Sync
- Toshiba: CE-Link o Regza Link
- Vice: CEC
For example, on my LG TV (from 5 years ago) I was able to activate Simplink from the Main Menu, in the Configuration -> Options section.

In some cases the function may need to be activated in the configuration panel of the device that connects via HDMI to the TV.
Therefore, if HDMI-CEC is already activated on the Chromecast, on the Playstation 4 it must be activated from the system settings, with the "HDMI Device Link" option.

Turn Weather & News on or off on the Windows 10 bar ❯

add a comment of Activate the HDMI-CEC function of the TV with Playstation, Chromecast or other devices