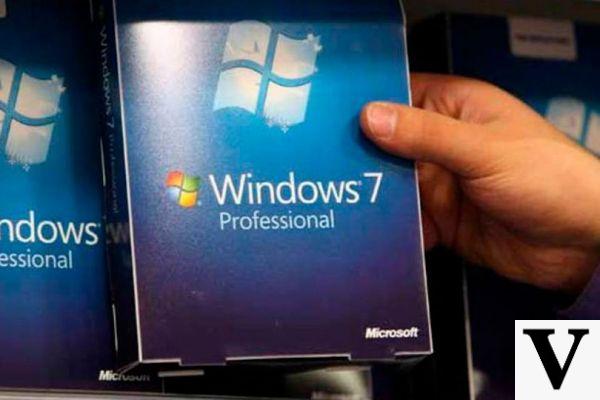 With the end of official support from Microsoft for the operating system Windows 7As of January 14, 2020, tens of millions of computers around the world are now at risk. According to Microsoft itself, in fact, well the 25% of PCs with Windows active today still use this old operating system. Which, with the end of official support, will no longer receive any security patches if serious flaws are discovered.

Also Microsoft Security Essentials, the antivirus suite integrated into Windows 7, will no longer be updated: Microsoft will only publish the new virus definitions but will not make any changes or improvements to the code of these apps. How others will behave instead antivirus manufacturers? The question is not trivial, because 25% of the world's PCs are a large slice of the market but, at the same time, a great challenge: whether the computer will attacked by a virus or by a hacker who exploits a flaw not "repaired" by Microsoft, in fact, the risk is that users will take it out on the antivirus and not on Microsoft. Apparently, however, most of the antivirus manufacturers plans to take this challenge and support Windows 7 for at least another 2 years.

Antivirus for Windwos 7: who has extended support

The list of producers who will continue to support Windows 7despite the end of Microsoft's official support, it's a long one. The following antivirus manufacturers will offer at least two more years of support: AhnLab, AVG & Avast, Avira, Bitdefender, BullGuard, Carbon Black, ESET, FireEye, F-Secure (for sure until December 2021, then it is unknown), G Data, Ikarus, Kaspersky, K7 Computing, McAfee (for sure until December 2021), Microworld, PC Matic, Quickheal, Seqrite, Symantec and Norton, ThreatTrack and Vipre, Trend Micro.

It is good to clarify, however, that the fact that the antivirus will continue to work on Windows 7 for another 12 or 24 months it does not guarantee that our computers are 100% protected if they still have this operating system installed. The very mechanism of attacks that exploit the security holes of operating systems (the so-called "zero-day" attacks) makes a system with an open flaw inherently insecure.

Over the last few years, in fact, they have been discovered (and corrected, which on Windows 7 will no longer happen) serious bugs which allowed hackers and viruses to even bypass or disable user-installed antivirus. It is clear, therefore, that the best option is always that of upgrade your PC to Windows 10.