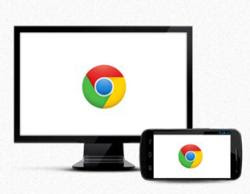 Google Chrome is today the fastest browser and the richest in potential, so much so that Google itself, to demonstrate the strength of its browser, has a website of experiments where it is possible to play online in decidedly innovative ways.
Google Chrome Experiments is an attempt to test the browser's ability without downloading anything, sometimes even in multiplayer mode, in order to play using your Android smartphone or iPhone, where you can install the mobile version of Chrome. For those who missed them, let's see here the best Chrome experiments, in the form of interactive games or sites worth trying for their specialty and uniqueness aimed at demonstrating what a browser can do.

1) World Wide Maze is a game that turns any website into a 3D maze that you can tilt to move a ball. The nice thing is that you can play using your Android phone or iPhone as a controller, or by using the arrow keys on the keyboard. For its graphics and the fact that it can be played from the mobile on the PC screen, this Google game is really worth a try.

2) Racer is a multiplayer racing experiment, where the PC screen becomes the track and players will have to pick up their smartphone to compete. Just touch the screen to accelerate and, even if the circuit is smooth, you must avoid going off the track.

3) Roll It (no longer exists) is that fun playground game, where you have to throw a ball and hit the mark. The nice thing is that you play with your phone in your hand, with Chrome open.

ALSO READ: Play on your pc using your mobile as a Wii controller on Chrome

4) Cube Slam is the 3D Pong game, very funny, which can be played online against a friend or against the computer. It is played by trying to bounce a ball and score the opponent.

5) GeoGuessr is a simple game where an image of StreetView appears and you have to guess which place it is by looking at the signs around it, the signs or other clues in the 360 ​​degree view.
Ideal to play with a friend, it is one of the best games based on StreetView.

6) Firecaster is a truly original game, where you have to use the time machine to pass the levels. It is a puzzle game, in which you have to reach the triangle, completing the maze in several repeated moves that work by letting the circle enter the black box that acts as a time machine.

7) Sudoku is the Sudoku game, in HTML5, like Chrome Experiment.

8) Z-Type is a very fun game in the style of Space Invaders, where to shoot enemies you have to write the word they accompany with the keyboard. Although in English it is also a great game for practicing typing.

9) HexGL is a modern, fast and futuristic 3D racing game, where you race at high speed on a space track with a spaceship car. You can stay in the game until the vehicle is damaged.

12) Kick With Chrome are 3 mini soccer games to play on your PC using your mobile, very cute and fun.

13) 3D City is a game where you have to create the ideal city in 3D, similar to SimCity, but more simplified.

16) Video Puzzle is a puzzle of moving images that form a video.

17) Multiplayer Piano it is a piano that can be played with other people, connected on the internet.

18) X-Type is an old school (R-Type inspired) shooter with a spaceship trying to survive and thrive on its journey by shooting at enemies.

19) Mecabricks is a giant 3D LEGO box with lots of pieces that you can use to build something virtually.

20) Silk allows you to draw abstract art in a semi-automatic way using the mouse or finger.

21) Ocean of Words is a very nice water game, especially for children, where you have to collect the letters to compose the words indicated.

22) X-wing is a game where you pilot a Star Wars X-Wing towards the Death Star.

24) The periodic table of the 3D elements, an instructive and very comfortable way to see all the elements of chemistry.

25) Browser Ball it is a blank page with a ball to bounce across the screen, even between open windows, using the mouse.

26) TypaTone is a website optimized for Chrome where you play with the keyboard.

28) Spell Up is a very fun game to play with the microphone, speaking the letters and words correctly, as they appear on the screen.

29) Interstellar Endurance Exploration is an interactive 3D space site that is very informative and also fun to explore.

In addition to the Google Chrome experiments, incredible examples of what can be done using modern web technologies, HTML5, there are many other games that can be discovered online:
- 15 best flash and HTML5 sites, the most beautiful, animated and interactive
- Best HTML5 online games to play for free without flash

30 Most Useful Google Chrome Extensions To Add To Your Browser ❯