Android app on Windows 11: what can be done and what not 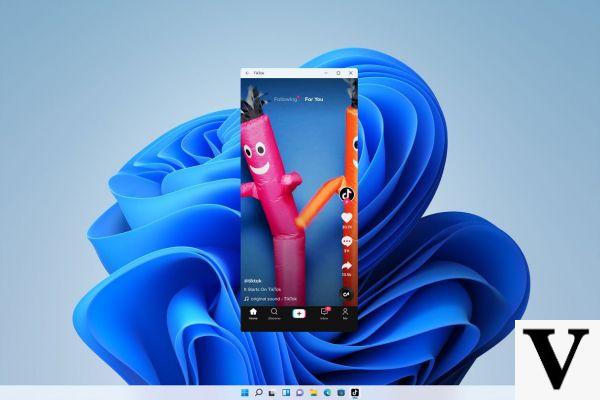 Le Whatsapp di Android will finally land on Windows 11, perfectly integrated into the next version of the operating system. Host in the new Microsoft Store, applications will have the opportunity to coexist harmoniously with their native counterparts, from the Start menu to the taskbar. Still, there is something that cannot be done.

The announcement came only yesterday, during the virtual event dedicated to the operating system from the voice of Panos Panay. The Chief Product Officer of the company introduced the news to the listening audience after a long waiting period; for years there had been talk of such an operation, although there were no reassuring signs on the horizon. Despite the tools for portability from Android to Windows, the number of developers willing to carry on such projects has always remained low. Starting from November, the date scheduled for the release of the 11th edition of the Redmond operating system, a lot of this is destined to change.

Android app on Windows 11, what can you do

To understand what can be done, it is correct to understand why. It is easy to say: if Intel has put in the effort to make Android apps work on Windows 11, it is Amazon to provide them to users. It will be the digital store of the shopping giant (and not only) to migrate to the Microsoft shop.

According to the first confirmations, there are no doubts about the possibility of using the software on computers with Win 11 (excluding the switching from smartphone, as in recent months), allowing the choice from a selection of tool much broader, from productivity to entertainment through gaming and content creation. Windows could appear even more flexible, like what happened with Chrome OS following the addition of the packages.


Everything, according to the previews, should go smoothly and without hitches or code changes. If machines with Intel can take advantage of the presence of Bridge, an compiler which allows you to run applications natively on devices based on thex86 architecture, those with AMD e Arm processors They "bend" Windows 11 to the will of the app and not the other way around, eliminating the need for other technologies.

Android app on Windows 11, what can't be done

Amazon's Android ecosystem? Good but also a thorn in the side. Of course, a detail that could have been expected given that the two stores appear to be in constant competition. The motivation is to be found in the Google certification, or rather in the absence of the latter. In fact, access to the Play Store apps, ai Skills and, above all, at API with what concerns it, that is functionality related to geolocation, security, data storage via cloud and other used by the robot apps.

In practice, you won't be able to use many apps since i Big G services, at the basis of their operation, they will not be active or available. Obviously this is a matter of assumptions, since there is very little information about it. There are already methodologies that allowintegration of Google Play Services on non-certified phones and ROMs, procedures that could also be reported on version 11 of the Os. But before bandaging your head, it's fair to find out what plans Microsoft will put in place in the time that separates us from the official release of the operating system.

Android app on Windows 11: what can be done and what not

Audio Video Android app on Windows 11: what can be done and what not
Update Windows 10: how much free space on the hard disk? ❯

add a comment of Android app on Windows 11: what can be done and what not