Extensions to improve Gmail on Chrome and Firefox 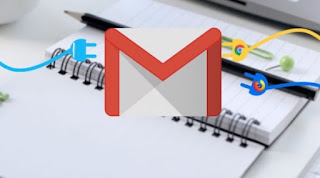 Those who use Gmail know they have the best tool useful not only to send and receive Emails but also to manage messages and online address book in a professional and orderly way. Gmail is also very easy to use, fast and functional even if not perfect. There is always room for tweaks and modifications and those who use Google Chrome or Firefox will be able to take advantage of the integrations between browser and Google Mail thanks to numerous extensions capable of adding functions or changing and personalizing the graphics of the most used e-mail site in the world.
Let's see then the best extensions for Google Chrome and Firefox that allow improve Gmail, customize the site and enhance it.

1) Google Mail Checker Plus per Chrome e Firefox
While Gmail is easy to use, it's still a website that doesn't notify you when there's unread inbox. The Gmail Checker extension is used to send the notification of new incoming mail with indication of the number of unread messages and to open the message without having to go through the Gmail site, turning Chrome into a real Google Mail e-mail client.

3) Gmelius (Chrome) is a fundamental extension to make the Gmail interface cleaner, removing ads and unnecessary elements and being able to configure what to show and what to hide. Anyone who can never find the right keys can install this extension and make the online mail management program clearer.

4) Minimalist for Gmail (Chrome) is another extension for change the Gmail interface and get rid of things you don't want to see. Unlike Better Gmail, it has more options not only to hide but also to add. You can remove the chat window at the bottom left, add icons to messages, round the corners, decide the size of the columns and much more.

5) ActiveInbox per Chrome e Firefox
Emails are often more than just messages, they also contain important information, whether used for work or to make appointments. ActiveInbox allows you to assign categories to emails in order to group them by projects and activities. New elements are thus introduced to the interface: A new sidebar to view emails based on their status and a small icon next to each individual email to assign Emails to specific activities and thus create a filter. ActiveInbox is the extension for those who use Gmail for work.

6) MailTo: Gmail (Chromium)
This is the simplest extension on this list and perhaps the most useful. It allows you to send messages from the Chrome address bar and allows you to open a new Gmail message when you click on the Mailto: links (which generally open a program on Windows such as Outlook or Windows Live Mail.

7) Send From Gmail (Chromium)
With this extension installed on Chrome, a new button is created to write a new message and send it directly from Chrome, without having to open Gmail. If you are on a web page, it becomes a quick way to share links via Email. Also, every time you click on an e-mail address found on internert, the new message window opens.

8) The extension Secure Gmail it works, for now, only for Google Chrome (for other browsers and other mail services there are however many different solutions). This means that whoever receives the encrypted message, to read it, will have to use Chrome, use Gmail and install the extension. After adding it to Chrome, open Gmail to see a new padlock icon appear next to the "Write" button. Press the lock to write an encrypted message. To Decrypt the email, in addition to the password, you need to open Gmail with Chrome and the Secure Gmail extension installed. If the extension is not installed or if you are using another browser or another mail service, the link to download the extension is indicated. However, the recipient cannot reply, leaving the same encryption and, if necessary, write a new Email and protect it with a password.

10) Simplify Gmail makes several changes to the web interface of the Gmail site to reduce clutter and make it minimal and essential.

11) WiseStamp (Chrome and Firefox) is the extension to create a beautiful signature, even graphic, to attach to messages written in Gmail using Chrome.

12) Batch Reply for Gmail (Chrome) allows you to select multiple messages arrived in Gmail, to which to give a single reply.

14) Boomerang Gmail e Rightinbox (Chrome and Firefox) are two extensions for Gmail for send schedule sending emails in the future, at a specific time, scheduling it to be sent in the future.
Nothing could be simpler as a concept; the new option that appears allows you to schedule the sending of an email at a predetermined time.
Boomerang also works great as a Reminder.

17) T, for Firefox and Chrome, helps improve email management by turning them into tasks and to-dos,

18) assistant.to (Chrome) is an extension for scheduling appointments directly from Gmail, using email.

19) mxHero Toolbox (Chrome) is a multifunctional extension that allows you to send emails that self-destruct after a certain period, to schedule emails to be sent, to set reminders and to send personalized emails to groups of people. The best part is that unlike extensions like Boomerang for Gmail or RightInbox, mxHero Toolbox is completely free and almost unlimited.

20) Gmail Offline (Chrome), to open Gmail even if there is no internet connection on the computer.

22) Reply Now (Chrome) to see the date an email was replied to.

23) Rename Email for Chrome it is used to change the subject of Emails quickly.

24) Gmail Share Labels (Chrome), to share the emails that have been assigned a certain label with other users.

25) Simple Gmail Notes (Chrome and Firefox) to add a space for notes and notes within Gmail.

26) Gmail Sender Icons (Chrome) adds an icon next to each email received that identifies the provider, i.e. where the message comes from.

27) Templates for Gmail (Chrome) adds a tab on the Gmail site to create custom email templates to send.

28) Discoverly allows you to quickly discover all the social profiles linked to an email address, to know everything about that person who wrote us an email.

29) Unlimited Email Tracker is a powerful tool to know if an email has been opened and read by the recipient.

30) ProKeys to create shortcuts to be used then to quickly write complete sentences, if frequently written in emails.

31) Digify for Gmail is a Chrome extension for attachment tracking and submission control.

32) FlowCrypt helps protect your emails with OpenPGP support, an end-to-end encryption system that uses a system of public and private keys.

ALSO READ: Guide to Gmail to get started and become a Google Mail expert

Extensions to save on online purchases (Chrome and Firefox) ❯