Discover all the details about FIFA 2018: what's new, release date, the price of the different versions, the best players in this new edition and their ratings, among other information. FIFA 18 promises to be very exciting, with the presence for the second consecutive year of the new Adventure mode. Alex Hunter is back for a new season full of challenges. 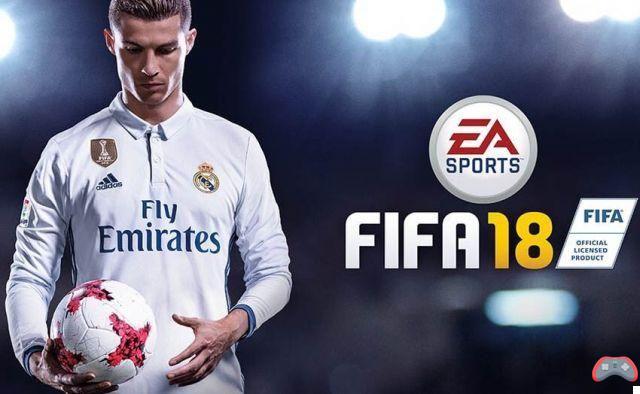 The new edition of the famous football simulation game from EA Sports has been awaited for several months. Is it available since Friday, September 29, 2017 with its batch of new products on PC, PS4 and Xbox One. FIFA 18 will also be released on Nintendo Switch, marking the return of the license to a Big N console. Long before the release of FIFA 18 the demo of the game allowed us to have a more or less satisfactory overview of what it has in store for us in terms of gameplay. We also knew the list of the top 100 players in this edition, along with their ratings, not to mention the full list of stadiums. We take stock of everything you need to know.

La release date of FIFA 18 has been known for several months. It is set for September 29, 2017. Like every year, this release therefore takes place at the end of September, or even the beginning of October at the latest. This is the twenty-fifth edition of the game. The first to be published by EA Sports dates back to 1993. In addition to PS4, PS3, various versions of Xbox One, Xbox 360, but also PCs, the game is also coming to Nintendo Switch, four years after the disappointing release of FIFA 13 on Wii U.

As for the FIFA 18 demo, it arrived on PS4, Xbox One and PC on September 12, 2017, two weeks before the game's release, the opportunity for players to take control of this new edition. and discover in advance the efforts of EA sports to make the graphics strikingly realistic.

The EA Access versions on Xbox One and Origin Access on PC were already available long before the official release of the game. For those who are not concerned and who pre-ordered the Ronaldo or Icon version, they could download and play FIFA 2018 from September 26, 2017, i.e. 3 days in advance. Note that early access to FIFA 18 via EA Access and Origin Access has been limited to 10 hours. After this restriction, you had to wait until September 29 unless you had a guru's trick to break the lock.

Le price of FIFA 18 is fixed according to the editions, but also to the location of the buyer. In Spain, the Standard edition is the cheapest, at 69,99 euros via PlayStation Store or Xbox Live. It is sold for only 59,99 euros on Origin, the EA store. Prices may be cheaper depending on your merchant. For example, we find the Standard edition at 59,99 euros on Amazon, whether for the PS4, Xbox One or Nintendo Switch versions.

Apart from Amazon, but also from eBay, we find them cheaper on Rueducommerce, Cdiscount, or Darty, among other examples. If you plan to get FIFA 18, here is where to buy it at the best price whatever your console. PS4, PS3 Xbox One and Xbox 360, Nintendo Switch or even PC, everyone is served.

Some new features or improvements are on the agenda in this FIFA 18. Already, the Adventure mode returns this year after its debut in the 2017 edition. It is soberly called “The Adventure: the return of Alex”. The hero that we discovered last year and who was to be directed to glory therefore signs his return. For a second season, after the tumultuous saga around his transfer, Alex Hunter will have the chance to play in the biggest clubs around the world.

Are included in the table of novelties in Adventure mode: the possibility of customizing the player both visually and technically, you can embody new characters who will cross paths with Alex throughout his adventure. There is also the possibility of joining other countries outside of England.

Some general improvements in FIFA 18:

FIFA 18: best players and their ratings

You can plan your next adventures in career mode by having a global vision on the best players in FIFA 18 as well as the rating each of them enjoys. The top 10 was a little turned upside down this year compared to the previous edition. While the top 5 remains unchanged, four players drop out of the FIFA 10 Top 18 list.

Gareth Bale who was 6th last year is no longer there. This is also the case for Zlatan Ibraimovich (7th), Jerome Boateng who was 8th, but also David De Gea (10th in FIFA 17). Do not hesitate to consult our article on the top 10 of the best in FIFA 18, with their respective ratings as well as a link to access the top 100 published by EA Sport.

And finally, you can also discover the complete list of stadiums in FIFA 18. More than 75 stadiums can be chosen, including 50 licensed ones. As mentioned above, all stadiums offer a new atmosphere, with fans and a more realistic atmosphere. Finally… as you will see, everything still depends on the platform on which you play it.

FIFA 18 is now available, players can experience the rendering on Xbox One X and on PC which is breathtaking according to the demo of the game which was available for download a few weeks before the official release. The day before the game's launch, EA Sports unveiled a new promotional video that we invite you to discover below, with Cristiano Ronaldo at the open. We also note the presence of veteran ROberto Carlos.

FIFA 22 was released on October 1. As every year, all eyes are on the overall ratings given to the players. And once is not custom, these… EA Sports is seriously considering changing the iconic name of its football game. FIFA thus risks soon appearing under another surname. In question, the insatiable appetite of FIFA,…FIFA 22 has been available since October 1st to the delight of gamers who love football. In this file, we give you all the information relating to… After PES, which has become eFootball, it is therefore EA's turn to want to rename its famous video game franchise FIFA. The news broke today, on an EA blog post…

Audio Video FIFA 18: release date, price, news and best players, all to know
Firefox 66 is available: what's new and how to download it ❯

add a comment of FIFA 18: release date, price, news and best players, all to know