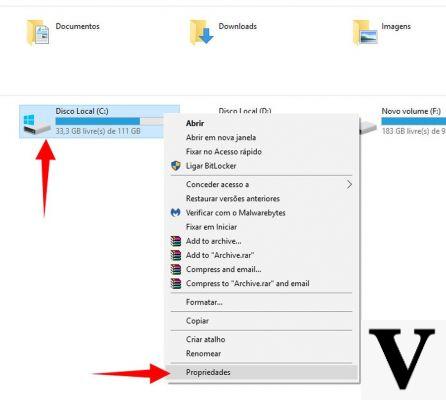 Windows 10 is Microsoft's answer to all the complaints received from its users for the problems shown by Windows 8, an operating system that showed a user interface that was in some ways revolutionary but never fully convinced.

With Windows 10 Microsoft has returned to the old, developing a functional operating system that fully meets the needs of users. And it seems to have succeeded. According to data released by Microsoft, the latest release of the operating system has reached the quota of 450 million downloads, an important result even if slightly below the expectations of the Redmond company. The strong point of Windows 10 is certainly the ease of use and the return to the classic user interface that had been so successful over the years. But not only. Microsoft has also added many other new features that allow Windows 10 to be one of the best operating systems ever developed.

For example Windows 10 offers native Cortana support: you can use the personal assistant to carry out searches quickly and easily, receiving an answer based also on the user's habits. Additionally, Microsoft's goal is to create a unique environment among the various devices of the Redmond company: personal computers, smartphones and Xbox. For this reason it has developed the Universal App, programs that can be downloaded directly from the online store and used on different devices. But to get the most out of Windows 10 you need to know some expert tricks: Cortana offers many hidden features that improve the functionality of your computer, but the only problem is knowing them. Here you are a complete guide with all the tricks, tips and shortcuts to use on Windows 10.

Cortana is more than just a personal assistant, is the gateway to any file on your computer and to information on the Internet. In fact, Cortana, in the event that it cannot find a suitable answer to the user's requests, will rely on the Internet in the hope of finding the relevant information. In addition, it also allows you to quickly access the applications installed on the personal computer. If you need to make a calculation, just "call" Cortana and ask her to launch the calculatorAnd. In a few seconds the tool will open on the computer screen. Also, if the sum isn't too complicated, Cortana herself will provide the correct answer.

Search for applications that drain your laptop battery

As mentioned above, Microsoft's goal is to create a unique environment between the various devices thanks to the Universal Apps. Some programs, designed specifically for desktop computers, can drastically reduce the battery of laptops and especially 2 in tablets 1. Fortunately, Microsoft has developed a Battery Saver that allows you to extend the battery life for a few hours, killing those applications that inexorably consume the device's charge.

How much space does Windows 10 take up on your hard drive? Not much, the operating system does not require a lot of space on your hard disk: Microsoft has worked to the best so that the user can make the best use of their computer. But in case too many installed applications are causing problems, there is a little trick that improves the stability of the system. Just use the tool developed by Microsoft that indicates which programs have not been used for some time and that are "illegally" occupying the space on the hard disk. Once the applications are uninstalled, your computer will be back as fast and performing as in the old days.

The notification center present in Windows 10 it works like those on our smartphones: when applications have to send a message, the notification appears on the device. If it doesn't bother you on your smartphone, it can create some problems on your computer, especially if you are working. If you can no longer bear the continuous arrival of notifications, Microsoft comes to your rescue by offering the possibility through the System Settings to disable the automatic sending of notifications by programs.

Compared to the past, Microsoft has divided the Settings into two different sections. In the Control Panel you will find all the parameters regarding the peripherals and programs to be uninstalled, while if you want to change some functionality of the operating system, just go to the Settings of the various programs and decide what to enable.

Zanichelli will no longer be needed, Cortana will take care of informing you about the real meaning of the words. In fact, by asking the personal assistant what a term means, Cortana will connect directly to the Internet and provide the correct answer to the user's request. Definitely a faster method than the "old" paper dictionary.

One of the new features introduced by Microsoft is the ability to quickly access the last files used on your computer, using Quick Access in System Resources. While the feature speeds up access to important documents that could not be found on the computer, on the other hand it is an attack on one's privacy. Any attacker could find out what are the last files viewed and could try to copy them and then spread them on the Net. Experts recommend disabling this feature on Windows 10 and returning to old and healthy habits.

Check the battery performance of your notebook

If you notice that the battery life of the notebook does not exceed two hours, it means that something is wrong. Windows 10 hides a trick that allows you to check battery performance via the Command Prompt. When accessing the Commands, you will need to type cd %userprofile%Documents and subsequently powercfg / batteryreport to download the battery consumption report. By analyzing it, you will be able to understand the reasons for the ever shorter battery life and look for some way to extend its life.

ISO files are increasingly used by software houses to distribute their programs for free. In fact, by mounting the file on the DVD player it will be possible to install the application in a few seconds. If up to previous editions of the operating system it was necessary to use a program developed by third parties, with Windows 10 you can do it directly without resorting to any additional application. You can "mount" the ISO file on a virtual reader and install the program directly, saving valuable time.

Work on multiple desktops at the same time

One of the shortcomings of Windows was the inability to use multiple desktops at the same time. Especially for those who work with several programs at the same time the functionality is very useful: in previous versions of the operating system they were forced to install programs developed by third parties, in Windows 10 it is integrated and can be used by anyone. The functionality took the name of Task View and is located at the bottom left of the toolbar: a simple touch and the user can navigate between the different desktops in use.

When you purchase a version of Windows 10, Microsoft releases a code that certifies its authenticity and that can be used to reinstall the operating system at a later time. If up to Windows 7 la product key was easily viewable, in Windows 10 requires entering the BIOS. So if you need the code, you will have to log into the BIOS and search for the product key. A tip: if you are not a true computer and Windows 10 expert it is preferable to perform the operation together with a friend of yours who knows how to move.

The introduction of Cortana was certainly one of the most important innovations of Windows 10. But at the same time one of the most discussed. In fact, your personal assistance to provide an answer to all the user's requests monitors his habits and collects them in a database. This way the answers will always be person-friendly, but for many experts it is an attack on the user's privacy. With the latest update of Windows 10 can turn off Cortana and secure your personal data.

If you have problems connecting to your home network, Windows 10 has integrated a tool into the operating system that solves them in just a few seconds. When you encounter the problem, just enter the Computer Setup and reset the Network. Most of the time, the problem will resolve itself and you can start using your Internet connection again.

The right photo can make all the difference in the world. As in all the latest versions of the operating system, even in Windows 10 you can set your favorite photo as your desktop. Very often, however, the chosen image is too small or too large, coming out deformed on the computer home. But few know a little trick in the new Photos application available on Windows 10: by opening an image with this program, the user has the possibility to change its size. Among the various options there is also that of adjusting the size according to the computer desktop: in a few clicks you will create the perfect image for your home.

Audio Video How to free up hard drive space and other Windows 10 tricks
Windows 10, an update arrives that solves many problems ❯