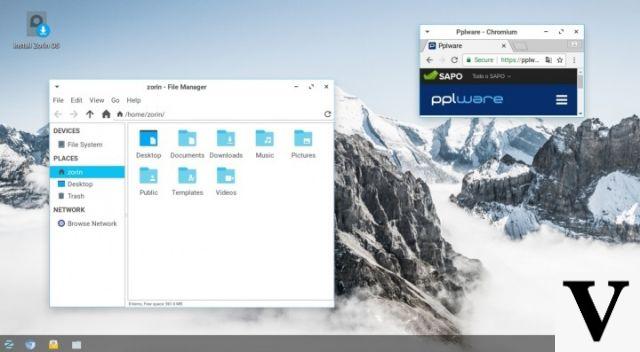 In addition to having to say goodbye to the Android OS for your smartphones, Huawei could be forced to abandon Microsoft Windows for its laptops. Again as a result of trade tensions between China and the US and the famous ban by Donald Trump. But the Chinese company is already experimenting with a viable alternative.

Ready-made alternative, in this case, and which is called Linux. To be precise Deepin Linux, Chinese distribution of the open source operating system based on Debian. Deeping Linux is already pre-installed on three laptops that Huawei has started selling on the Chinese market through its online store. The three Huawei laptops without Windows 10 are the Matebook 13, Matebook 14 and Mateboox X Pro. On the international market, however, Huawei's own laptops are still sold with Windows 10 pre-installed and this, according to many, would mean that the company has not yet decided to completely abandon the Microsoft operating system.

The Matebook 13, Matebook 14 and Matebook X Pro sold on the Chinese VMALL store are completely identical to those on the international market. The only difference is the operating system, replaced with Deepin Linux. The abandonment of Windows allowed Huawei to tweak the price down: the Matebook 13 and 14 cost 300 yuan less (about 38 euros) while the Matebook X Pro costs 600 yuan less (about 76 dollars). This price difference comes from the fact that Deeping Linux, unlike Windows, it's free (you only pay for technical assistance).

A choice of prudence

While for smartphones, Huawei is still trying to understand if and when it will be forced to use its proprietary HarmonyOS operating system, defined by the same company as "not yet ready" to equip a modern mobile phone, for laptop one was made much more conservative choice: rely on an existing and well-run operating system, ready immediately and perfectly compatible with the hardware on which Windows also runs. This will allow Huawei, in the event of clearing up of commercial relations between the US and China, to go back to the previous Microsoft OS almost painlessly.


Indirectly, this could also do a lot of good for the world Linux: as long as Huawei uses Deepin Linux on its computers, it will have to constantly develop and update the drivers for the various hardware components and make sure that as many peripherals as possible are compatible with this version of the system designed by Linus Torvalds.

add a comment of Huawei says goodbye to Windows: computers will mount Linux