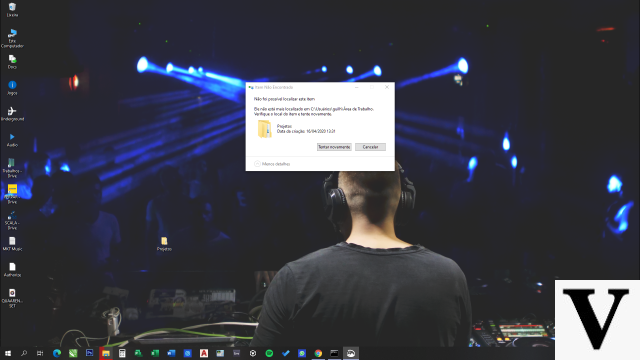 THElatest Windows 10 update he solved many problems while he created others. The soap opera of the Windows updates, then, continue with a new episode: this time, after updating, user profiles and icons of the files placed on the desktop disappear.

The problematic update appears to be the KB4532693, released a couple of days ago as part of the February cumulative security update. This is a highly recommended update by Microsoft, because it solves 99 security problems, 12 of which are considered "critical". But, as is now the practice, while this update fixes something, it breaks something else. Users flocked to Microsoft's forums and Reddit to report several anomalies, two of which seem to be more frequent. Luckily, we have already discovered where the error is, and even if Microsoft hasn't fixed it yet, you can fix everything yourself.

The problem with the latest Windows 10 update

Almost all reports subsequent to theinstalling update KB4532693 they speak of a reset desktop, as if it had returned to that of the basic installation of Windows 10 and without all the icons that users have placed there over time and with the default background, and of user accounts that are loaded as temporary profiles. However, if the user uninstalls the update, everything returns as before. As usual "Microsoft is not aware of any problems with this update".

How to fix Windows 10 update problems

Uninstall the update KB4532693 it is not the best choice to make if this update has caused the problems described above. For two reasons: the first is that the update protects our PC from very high risks of hacker attacks, the second is that we can put everything back in place, even if the procedure is not very simple.


At the base of the problems of KB4532693, in fact, there is a trivial installer error which does not rename the temporary folder used during installation. Users who are experiencing these issues, therefore, need to open File Explorer and go to the path c: Users. Inside they will find a folder for each user of the operating system and, if they see a profile with a name ending in ".000" or ".bak" they have found the problem. Very often it is enough to rename the profile by removing this extension and restart the PC to go back to using your profile as before. Sometimes it's not even necessary to do it: that's enough restart the machine a few times and the operating system notices the error and corrects it. Either way, the good news is that no files are actually deleted.

add a comment of Windows 10, new bug deletes user profiles and files on the desktop