Instagram, or the professionalization of a once innocent network

Instagram has changed. Early users of the social network, now under the yoke of Facebook, cannot have missed the transformation it has undergone. Brands and influencers have taken advantage of the tools offered by Instagram to boost their image. So much so that the application is now essential in the field of communication and marketing. Your likes are no longer innocent, and never will be. 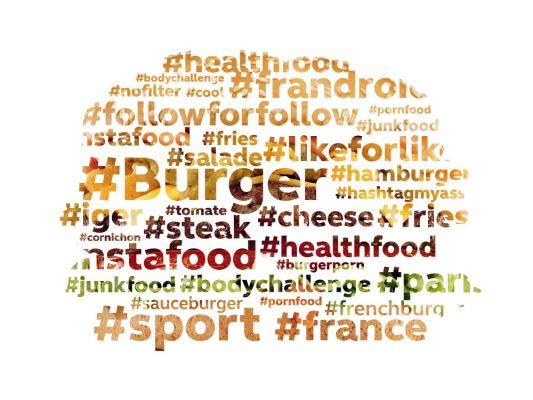 It's 12:30 p.m., it's a Monday that's sunny enough for the light inside the office to be ideal, and Vincent is indulging in a strange maneuver on his corner of the desk. He positions his Burger & Fries stamped burger as parallel as possible to the edge of the matte black table, and looks for another alignment for the cookie he has chosen for dessert, and the large tray of fries that completes the menu. A real work of composition which agitates the eye of our colleague, makes his brain work noticeably, and one could almost imagine him wiggling his fingers as those who mime taking a snapshot do to check that everything fits into the frame. This obviously arouses the attention of the room, where the artist ends up imposing a cathedral silence, until the moment when a lost soul comes to ask the annoying question: “but what are you doing? ".

Poor fool, come on, what Vincent does, creates, invents, is his next post on Instagram, the photo application that became famous with its square formats and filters – some mediocre – that gave its first users feel like budding designers. This goes back to an ancestral time when smartphones were finally beginning to take correct photographs, and everyone has pretty much returned to it, the general public realizing that not everyone wants to be a photographer. However, the social network continues to grow, with more users every day than the day before. But practices have changed.

A photo yes, but a beautiful one

If there are irreducible average Instagram users, those who post a lackluster photo taken with a friend during an excessive drinking session, the platform has become more professional. We no longer post to post, we post to gain visibility. Those who have taken the network on their own are based on two main objectives: to offer beauty and to gain followers. For this, there are many techniques, but there are fundamental ones, which ring in the minds of those concerned each time the need to share arises.

In Berlin, during the IFA, and while the team was taking a well-deserved break in a restaurant in the German capital, I took out my mobile phone to take a picture of my meal, with the sole aim of provoking the jealousy of those around me and reminding them that I was abroad while they suffered the harsh reality of Parisian life at the beginning of September 2015: rain, metro, rain, work, rain, pasta, sleep. It was then after 22 p.m., and if Vincent hadn't stopped my momentum, I would have made a huge mistake. Yes, we don't post photos of food once dinner time is over "because once people are satisfied, in full digestion, they will be less inclined to like a photo of pizza", explains Vincent to me. . And the worst part is that it's not wrong.

The composition game also requires certain viewing angles. And that's why the photographs of food that you see in these people who have a lot of followers are taken from above (besides we say to ourselves that we must look stupid in a restaurant), whereas you, you slap a macro on the ingredients of your already half-devoured dish. The Instagrammer's dish, it is intact at the time of the photo.

The important thing is also to have unity in the pictures posted, so that your style is recognized. We may not necessarily like a photo, but the fact that it reminds you of a particular style can encourage you to like it. Influential accounts often use stretched formats, placing white stripes above and below the photo to make it stand out. It's the magic of Whitagram, for example. And then there are even more impressive applications, like Retouch, which allows you to discreetly erase elements of the photo, like a stain on a tablecloth.

There are topics that also work better than others. And the main thing: the food. Put on a white plate, a small quinoa salad, a tablecloth in light tones, and match your cutlery, and you're sure to hit the spot with your worst followers. But of course, there are also the hashtags that go with it. To avoid the hassle of retyping everything, some save a long list of hashtags directly in a notepad, and then just have to copy/paste the list for each new post, removing those that are too many.

Our lives suck, but that's not important

The second idea that comes to mind is to make your community dream. The latest to have marked me with their “here's a dream” strategy on this social network are Jay Alvarrez and Alexis Ren. They are both models, as a couple, they are beautiful, they travel to incredible destinations, play the card of sensuality, and are brand sponsors. The promotion they do is so good (all teens see in them an ideal to follow) that they are now paid to enjoy life. And for sure, they're not even the ones posting the photos on Instagram. 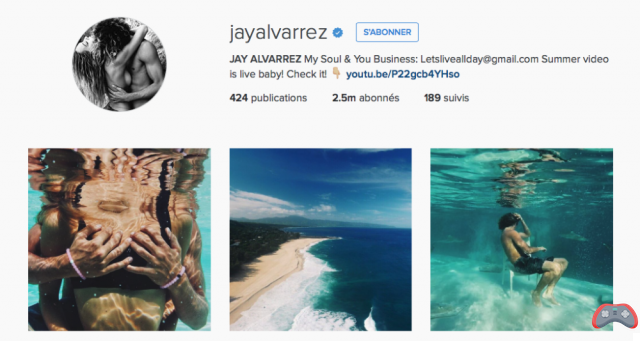 These kinds of personalities, and even some lesser-known people, hardly bother to use smartphones to photograph the world anymore. Some use professional devices and upload the photos to the network after a long work on Photoshop. The user ? He doesn't care that people are playing the game, since after all, he too asks to see beauty. It is perhaps Nietzsche – and it is by coincidence that we are quoting him here – who was finally right when he said that man finds beautiful what evokes for him man, the power of man, which is able to flatter his nature: “His sense of power, his courage, his pride – all this lowers with the ugly and rises with the beautiful”. So it's not hurting yourself, but good to dream about the lives of others by scrolling through your Instagram feed...

“His sense of power, his courage, his pride – all this goes down with the ugly and goes up with the beautiful”

Of course, there are also others who seem to have a dream life through Instagram, but who have to work hard to achieve their goals. This is the case of the couple who run the How Far From Home account, which Slate recently took over, and who are forced to go through thankless odd jobs to continue their journey around the world. And yet, the photos suggest that it is only a cakewalk, showing once again that this social network is only a temple of appearance. This is the key to success on Instagram: show only the beautiful.

So of course, there are obviously examples opposite to this theory of the beautiful, the positive, and the dream that has been portrayed so far, to explain/seek success. The Fat Jewish account, which is also rampant on other networks, is wildly successful on Instagram, with 6,1 million subscribers. And yet, the images he posts are ugly, contain text, and are only made to make people laugh. Because yes, laughter works a lot. And that, Arnold Schwarzenegger understood it too, playing a lot on it on his official account.

We are having fun at #Oktoberfest. Don’t miss the snapchats, add ArnoldSchnitzel and I’ll be your tour guide.

Promotion, everywhere, all the time

Where we realize that Instagram has transformed is when we see the promotion that is made of user accounts. As a general rule, you don't necessarily promote your account everywhere, but here it has become a real book that says “it's here to find out who I am, what I do with my life”. A practice that we see almost everywhere, even on applications like Tinder, where it is not at all uncommon to see profile descriptions only composed of a link to Instagram. Now it's even simpler since Tinder allows you to link your Instagram account directly to your profile, and thus offer more searchable content to users. It's at a point where one wonders if some people do not create profiles on this kind of application only to attract new followers. In this kind of case, it is obvious that the criteria are more the aesthetics of the body than good taste. 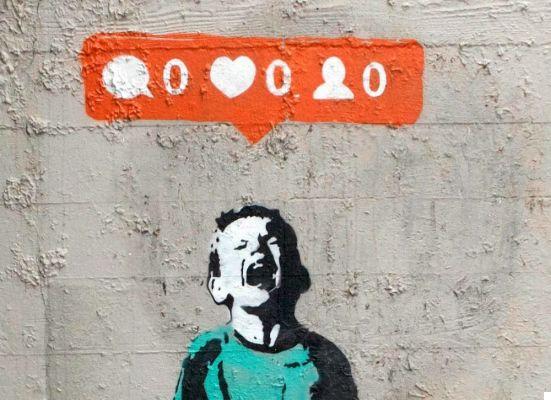 An economic model with a future

But Instagram accounts have often become an extension of the diary, the blog. But one can even wonder if Instagram does not simply replace blogs. A person who prefers not to be quoted explains to me: “My Instagram does not increase the number of visits to my blog, on the contrary even, since people browse my daily life from Instagram. The visual content, photos or videos, seems more important than a complete article”.

“Some influencers can claim sums of several thousand euros, it all depends on the number of followers they have”

There too, we find ourselves in this notion of selling dreams and ideal lives, thrown to tens of thousands of people. Brands, communication agencies, or Instagram directly, have started contacting influential Instagrammers. Some are sent to the four corners of the world to do paid photography, others supplement their income by integrating brands into the photos posted.

Among the panel of content proposals for bloggers, Instagram's place has become central. "We can observe for a year the professionalization of the network", tells me a source who has nearly 30 subscribers on Instagram. She continues: "I have already been offered up to 000 euros to post a promotional photo on the network, but some influencers can claim sums of several thousand euros, it all depends on the number of followers they have". So imagine how much a photograph published by personalities with several million subscribers, like our lovebirds taken as an example above, brings in. 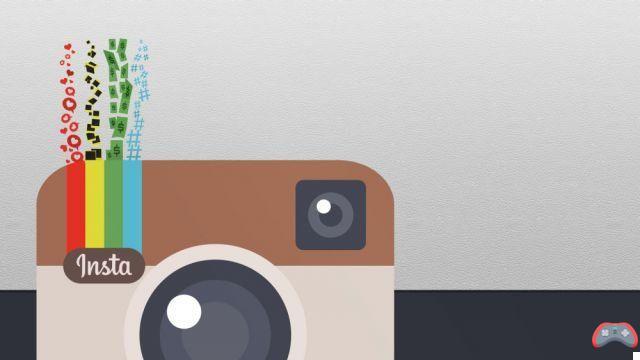 On the side of marketing agencies, we have also felt this recent interest in Instagram. The director of the Talent Agency, Élodie Jacquemond, explains to us that "brands started creating fun content on Instagram about 2 years ago" and that "influential Instagrammers have built their community by playing the proximity ". A combination that brings the two spheres ever closer together. The budgets related to these marketing campaigns have also "increased in the last twelve months thanks to the increase in the size of the communities, and the fact that the brands are working with more influencers than before".

A phenomenon that is destined to continue, therefore.