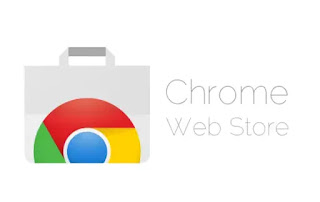 Google Chrome is the most used browser by over 65% of users worldwide, both on PCs and on smartphones.
The main advantages of Chrome and also the key to the success it has had lies in the ability to synchronize data between computer and mobile phone and, above all, in being able to increase its functions thanks to the numerous extensions organized in the Chrome Web Store, which is an incomparable thing. for other browsers.

The only problem is that the Android version of Google Chrome doesn't support extensions.
This is a choice made by Google so as not to give users the possibility to burden the Chrome browser by making it slow on less powerful smartphones.
But if we need to use extensions on Android than those designed for Chrome that you use on your PC, you can do this by installing an alternative browser based on Chrome and that supports installing and adding extensions, that is Yandex Browser.

ALSO READ: Setting up Chrome on Android faster and more comfortable to use

The Yandex browser is very popular in Russia, it is practically identical to Chrome because it is based on the same Chromium open source project and on Google's Blink rendering engine. The additional functions of Yandex lead it to become an alternative to Chrome to be kept as a secondary browser installed on the smartphone to be used when needed. In addition to the ability to install extensions, it also includes Opera Turbo technology to speed up browsing and downloading on slow Internet connections and uses Kaspersky to quickly scan downloaded files to make sure they are not viruses.

To access the extension and use it or configure the options, you must open a new tab (not the home page) in Yandex and then press the button with three dots next to the address bar. You will then see the extensions menu and the ability to select those installed from the Chrome Web Store. The Yandex browser also has native support for some extensions which can be viewed by clicking on "other extensions" in the extensions menu. Recommended are LastPass, Pocket, and Evernote.

In the tests done, the use of Chrome extensions on the Yandex browser and on Kiwi works better than the installation on Firefox. Of course, however, Firefox users will already be able to find many ready-made extensions for the Mozilla browser, without the need for the Chrome Web Store.
We have seen in another article the best extensions for firefox on android.

add a comment of Install Chrome Extensions on Android