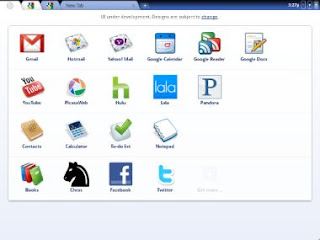 As seen in another article, you can try it on your computer by installing Chrome OS on a virtual PC with software such as Virtual Box or VMWare. However, there is an even easier way to test this innovative system by installing it on a USB stick. I remember that Chrome OS it is proposed as operating system that works only on computers connected to the internet, which stores files online and uses only web applications, with no option to install programs on them.
The opinion of many is negative only because it is approached to Windows but, reflecting a bit, I realized that this type of system, if used well, could really revolutionize the use of any electronic device.
Such a lightweight system could be perfect for an old computer, to be permanently connected to the TV so you can watch streaming, mail, photos, YouTube, online games and much more on the big screen.

CloudReady can be downloaded from neverware.com.
Once you have downloaded the ISO, you can use a program to copy ISO to USB stick like Rufus or Etcher, but it would be better to use the USB Maker tool offered by cloudready itself, which is already configured and you just need to select the Cloudready ISO to copy it.
Once the image has been copied to the USB stick, it can be used to boot the Windows PC t in live mode, without compromising the current Windows installation.
To access the PC start menu, if it exists, generally you have to press the F8 or F12 key when starting the computer while to access the bios, refer to the linked page.

Google Chrome OS is now installed so now you have to restart the pc by setting the boot from the usb stick.
After about 10 seconds or so, you should see the Chrome OS login screen. 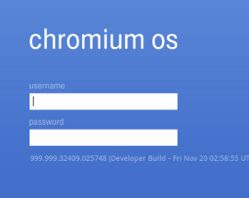 To log in you must necessarily use a Google account or log in as a guest guest.
You will immediately notice that the operating system is nothing more than a browser.

By clicking on the Chrome sphere at the top left you can, if everything went well and if the computer is connected to the internet correctly, access the Google Account login page.

All the applications that you see after logging into your Google Account are online and everything takes place inside the browser. From the test you will notice that there is everything you need to use a computer on the internet: the calculator, the notepad, the music and video player, Office with Word Excel Powerpoint, the calendar, the address book, the Gmail e-mail and many other things. Not only Google of course, you can also access Outlook, Yahoo Mail, Twitter, Facebook and other applications.
If you have nothing to do this weekend, it can be a nice geek pastime to try this new operating system and, if you do, leave me a few comments to tell me if it works and how you are!

Let me be clear, Google Chrome OS is not an alternative to Windows; many comments complain about this fact but it is not quite the stated purpose.
This system will be fine for netbooks, small laptops and other electronics items that need a small, lightweight and adaptable operating system. When it comes out I'm sure everyone will install it on Windows and take it with them on a USB stick that is always ready for use.

add a comment of Install Google Chrome OS on your PC