Edward Snowden says everything he thinks about the iPhone X, including Face ID, Apple's new facial recognition. The famous whistleblower published a Tweet a few hours after the presentation of the new flagship. While he welcomes the technological advances brought by Face ID, he also expresses a concern about privacy. 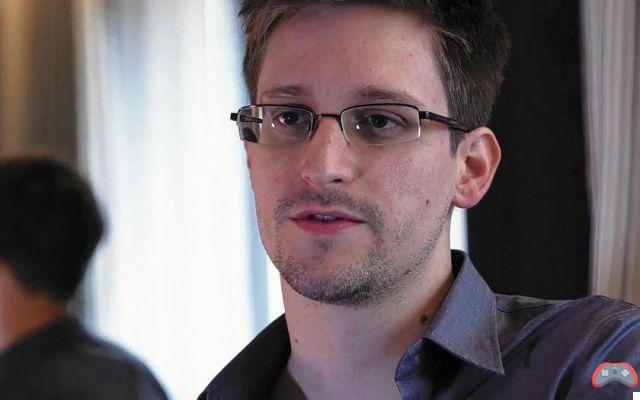 Apple introduced the iPhone X (pronounced iPhone 10) to much fanfare during its September 12 Keynote. The 10-year-old iPhone stands out from previous models, first by its design, but also by the arrival of a few new features, the most interesting of which is undoubtedly the Face ID, the innovative new facial recognition that Edward Snowden says it all.

The formalization of theiPhone X confirmed most of the leaks that had been reaching us for several weeks. In particular, we had heard of the replacement of Touch ID by a new biometric system: Face ID, of which here is a first grip.

Face ID is actually built into the iPhone X's face camera, which it uses to scan and record your facial structure which can be used as an authentication lever, eliminating the need to enter a passcode. or a fingerprint. Using facial recognition to unlock a device isn't a new concept, but we got to see a demo of Apple's system which looks very advanced.

This technology did not fail to react to Edward Snowden who salutes its performance, but cannot help but worry about the privacy aspect, as we can see from reading his Tweet published a few years ago. time :

This apprehension is not really new. Since his revelation of several mass surveillance programs in 2013, the whistleblower has constantly reminded us that most of our electronic toys are stuffed with snitches. The former CIA and NSA employee can't help but look at the new Face ID with a paranoid eye.

Facial recognition is used as part of government surveillance efforts and has long been a concern for privacy advocates. Although this technology is used to identify suspected terrorists, several freedom defense associations are concerned that this kind of system is used for mass surveillance purposes.

According to a survey conducted by SellCell, 79% of iPhone users want Touch ID back on their smartphones. According to a study conducted by the American company SellCell, 79% of…Some users have noticed significant autonomy concerns with the latest update for iPhones, iOS 14.2. A handful of iPhones updated to iOS 14.2 encounter major problems… The iPhone X completely changes the way of managing multitasking because of its huge borderless screen and therefore the absence of a physical Home button. So close a…Here are the best applications optimized for the iPhone X screen, designated by DisplayMate as the best screen on the market, even if the notch at the top of the smartphone is a stain. Many…

add a comment of iPhone X: Edward Snowden says everything he thinks about Face ID