Is Chrome Consuming Too Much RAM? Here comes the Windows 10 solution 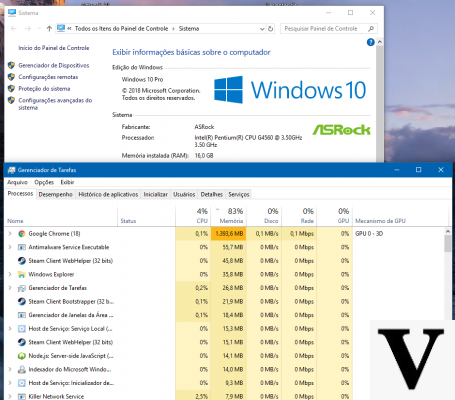 The release of Windows 10 May Update 2020 first and June 2020 Security Update after brought many problems to the PC operating system. Printers and peripherals no longer recognized by the PC, incompatibility with some video card drivers, sudden computer restarts. Microsoft is trying to find a solution to all these malfunctions and in some cases it has already found it, as evidenced by the ad hoc update released for the printer bug.

The May Update 2020, however, also brought with it interesting and above all very useful news. And that improve not only Microsoft's computer and programs, but also those of competitors. The most obvious example concerns Chrome: the browser developed by Google heavily impacts on the PC's RAM memory, especially if you have many open tabs. Chromium, the architecture on which Chrome is based, is also used by the new version of Edge, the browser present by default on Windows 10. And Microsoft technicians have implemented a feature on the operating system that can reduce the browser's impact on RAM memory by almost 30%.

Windows 10, the new feature that makes your PC faster

Is called Segment Heap and is the new memory management system implemented by Microsoft on Windows 10 with the May update. This is an advanced technology that allows you to optimize the use of RAM by each program installed on the PC. Initially it was supposed to arrive only for UWP app, but Microsoft eventually decided to make it available to everyone.

Segment Heap is already being used by Edge and browser performance has improved enormously: technicians estimate that the browser takes up 27% less PC RAM memory. This means that even a PC with 8GB of RAM can work very well and open programs very quickly. In recent years, in fact, Chrome's memory management has worsened: it is enough to have a dozen tabs open to occupy more than 50% of the RAM, affecting the performance of the computer.


When the new technology comes to Chrome

For the moment Segment Heap is only available on Edge, but it will also arrive on Chrome, as confirmed by Google technicians, but it will take some time: the tests have just begun. Big G engineers assure that hundreds of megabytes of memory will be saved with the new system, but for the new version of Chrome with Segment Heap we will have to wait to avoid any malfunction.

Is Chrome Consuming Too Much RAM? Here comes the Windows 10 solution

add a comment of Is Chrome Consuming Too Much RAM? Here comes the Windows 10 solution