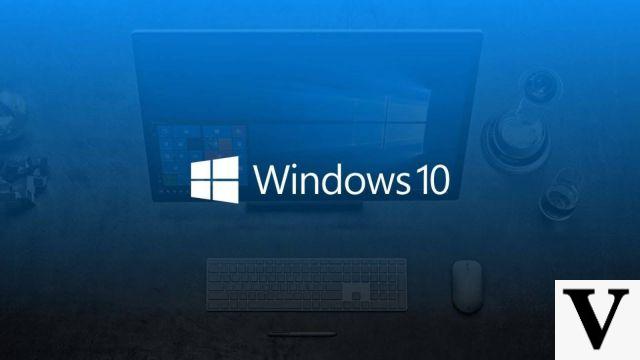 It was supposed to be the update that fixed all Windows 10 problems, but it actually caused new ones. Last week we told you about Microsoft's release of theupdate KB4535996, an optional update that promised to eliminate all the malfunctions encountered by users in the last month, from the inability to use the "Search" function to printer malfunctions.

Unfortunately, the update is not without its problems. On the contrary. Many users report difficulties right from the installation of the update with the appearance on the screen of error codes 0x800f0922 and 0x80070003 that block the PC. In other cases the "blue screen of death" appears which makes it impossible to use the computer and which forces users to restart the device. The luckiest are those who report only sudden blocks or compromised audio. How to solve these problems? Quite simply by uninstalling the KB4535996 update from your computer via Windows Update. Waiting for Microsoft to release a new update that will solve the new problems encountered by users.

It was supposed to be the definitive update, what it solved all problems encountered by users in recent months. Instead it is another hole in the water. Microsoft is having a bit of a tough time with Windows 10, especially from the point of view of updates. For a couple of months now, every time an update is released to improve the performance or security of the operating system, users have been reporting the beginning of problems that compromise the daily use of the PC.

The KB4535996 update was launched with the promise of solving many of the glitches experienced by users, from the error that prevents documents from being sent to the printer to the abnormal battery consumption in some handsets put on standby. On the web page on the Microsoft website dedicated to the update, we talk about about one fifty errors corrected with the update.


While errors have been corrected on the one hand, new ones have been created on the other. In fact, in these hours, many users who have installed the update are reporting have big problems using your PC. Error codes during the installation of the update, blue screen of death that actually forces you to restart the PC, slowdowns and sudden freezes, compromised audio quality. A new string of malfunctions that will most likely force Microsoft to release a new patch in the next few days or weeks.

How to troubleshoot the KB4535996 update

Fortunately, there is a fairly easy way to get back to using your PC without having too many problems: uninstall update KB4535996. Being a non-mandatory update, you can delete it from your PC without thinking too much about it.

To do this, you need to open Windows Update using the Search function and from the list of updates select the one called "2020-02 Cumulative Update for Windows 10 Version 1909 for x64-based systems (KB4535996)". At this point, click on uninstall and the update will be removed. Waiting for Microsoft to release a new update.

add a comment of Windows 10, new problems with updates: what happens