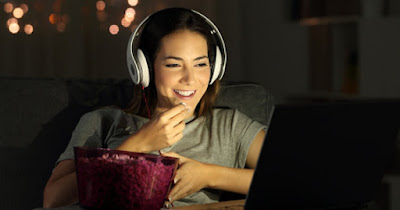 With the arrival of online streaming sites, the activities that involved buying and renting films have decreased, as we can get everything (or almost everything) with a simple subscription. But owning the film will allow us to always watch it again even without a subscription and with the rental we can see a film at the highest quality for a certain period of time, spending less than a full subscription.

In the following guide we will show you the best movie rental or online purchase sites, so you can buy the films that interest us or rent the film recently released in the cinema and already available for rent in digital version.

READ ALSO -> Which Movie apps are free with trial period?


iTunes it is definitely the online store we can count on for the purchase and rental of films.

The films can be found by opening the iTunes program, entering the Store and accessing the films section from the top menu. A film can be bought or rented at a lower price (around 5 Euros).

Renting from iTunes is very flexible in the sense that you can view it within 30 days and, from the moment you start, you have 48 hours to finish viewing. Each video can be viewed via iTunes from your computer, iPad, iPhone or even using the Apple TV, the device that connects to the TV.


Another very reliable site to buy or rent movies is Microsoft Film and TV, integrated within the Microsoft Store of Windows 10 and Windows 11 but also accessible from the browser.

The movie rented on this platform is available for 14 days and you have 48 hours to watch it from the moment you start playing it. The rental prices are variable but settle at 5 Euros and 15 Euros for films released less than a month ago at the cinema.

During the purchase or rental we can also choose the quality of the video, so as to adapt it to the device we are using (for the highest quality on TV we will have to use the Xbox Series X or the Xbox Series S).


The purchase and rental shop Google Play Movie includes a rich catalog of films to be streamed on Android tablets and smartphones, on computers and all devices that can receive streaming streams.


On this platform we can see the rental film within 30 days of payment and within 48 hours of starting to see it. The Google Store is certainly very full of American and Hollywood films, with the possibility of buying the best films and keeping them on your Google account forever, so you can see them at any time.


Also on YouTube we can buy films or rent them to watch them in streaming, using the interface of the famous site as if it were a cinema.

Google Play Movies and YouTube movies can also be easily viewed on TV using the Google Chromecast as a receiver of the chosen film.


Chile allows you to rent movies in streaming for 5 Euros for HD quality and 15 Euros for films that have just been released at the cinema or available in 4K. Chili TV is a website, app for tablets, smartphones and smart TVs. The film remains viewable for 28 days and expires 48 hours after it was started.

In addition to rental (which remains the most used form of distribution) we can also buy the films we like the most, so as to recreate our collection of favorite films to review at any time.


Rakuten.tv it is among the lesser known sites but it provides a very interesting catalog, where it is possible to rent different films and TV series for online viewing. The site offers HD quality videos at rather low prices (about 5 at most) and in its catalog it has many premieres of films, including American ones.


Another site we can use to buy or rent movies is Amazon Prime Video, which offers a special session Store where there are many films to buy and rent at very attractive prices.

If we find a film to see, just select it and then click on Rent o Buy Now according to our needs. Prices range from € 5 for rental to € 14 for the purchase of 4K UHD movies.


By keeping this guide, we will always know which are the best online rental and purchase sites for streaming movies and the sites to make subscriptions to the most famous streaming sites, without having to search the Internet every time.

The best way to watch movies that are streamed from the internet on TV is to use the Fire TV Stick or alternatively of chromecast, even if most Smart TVs offer apps for the services mentioned above (so as to directly use the dedicated apps on the TV).

To learn more we can also read our guide App to watch movies for free and in streaming.

Software and codecs for watching movies and videos of all kinds ❯