Pokémon GO: how not to get banned and what to do if it happens

A Pokémon GO without cheats? This is what Niantic, the game publisher, dreams of. Unfortunately for them, many players have been banned from the game in this way. So how do you avoid getting “pinched” by Niantic? And above all, what are the remedies available to you if you have been banned? 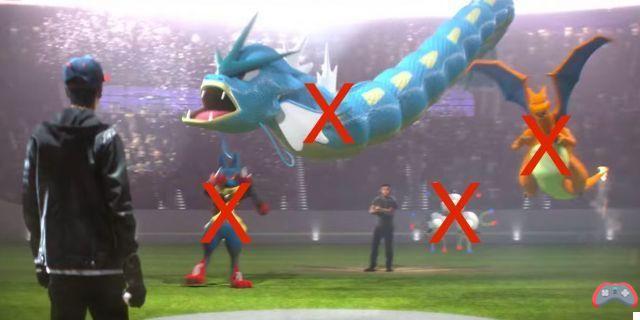 At the moment, it seems that Niantic is cleaning up Pokémon GO by banishing players who are a little too smart. The sanction seems mainly to target professionals of the genre, who use bots to advance more quickly in the game without leaving their homes. And that Niantic really doesn't like it at all. Sanction: permanent banishment. Farewell Pokémon thus accumulated!

But it's not just the bots, as the publisher has indicated that it will also ban "players who exploit an unfair advantage or circumvent the rules". This means that the use of any measure aimed at altering the GPS data transmitted to the Pokémon GO application to progress more quickly in the game. As well as the use of an emulator to launch the application from your PC for example .

In short, to avoid banishment, according to Niantic, just use Pokémon GO according to its terms of use. Point bar. Finally… just to let off steam, we imagine that the GTA V mod is still tolerated!

Some “legitimate” users still got banned

The problem is that GPS data spoofing is not so easy to distinguish from elaborate experience point collection methods. For example, a certain Jimmy Derocher explains that he was banned when he did not use a cheat (according to the live available on Twitch). However, he started with a crazy bet: to collect a million experience points in the space of a weekend. His method? Go around in circles passing through 10 Pokéstops to visit one after the other.

In 13 hours, Jimmy had managed to collect 600.000 experience points. Then strangely all the critters became impossible to catch. And started running away. A sign that he was the victim of a soft ban. Basically, he was fired because he was too hardcore in the eyes of Niantic. Yet it did not violate any publisher's rules. This player contacted Niantic to ask them for an explanation. Since: radio silence.

Your recourse in the event of a ban

In short, as you will have understood, Niantic wants to bang its fist on the table, even if it means reinterpreting its own rules. So maybe it's time for you to react. First, try to be sure that you are indeed the victim of a ban. To do this, try logging in again. And watch your inbox: Niantic usually sends an email to justify its decision.

If you unfortunately have confirmation that your account is blocked and that you have not committed any misunderstanding with regard to the conditions of use, you still have an option. For the sake of “justice” Niantic has set up a form for you to appeal ban decisions. You can access it at this address. Niantic is committed to responding to you within two weeks.

Jaryd Giesen has designed a Game Boy Color costume, Nintendo's iconic console. But the videographer has managed the feat of making it fully functional. De…Weeks after Oreo announced its collaboration with Pokémon, unscrupulous retailers are already having fun reselling these limited-edition cupcakes for the price of gold. Some announcements offer…Pokémon blows out its 25th candle this year. To celebrate this anniversary as it should be, The Pokémon Company has concocted a mini-series that will immerse us in the key regions... The years pass but the popularity of Pokémon does not weaken. In order to take advantage of this, Netflix has launched the development of a live action series inspired by the famous franchise. Launched…

Audio Video Pokémon GO: how not to get banned and what to do if it happens
Pokémon GO: a better hunting system with radar arrives in the application ❯

add a comment of Pokémon GO: how not to get banned and what to do if it happens