The browser to use on Windows XP to surf the internet 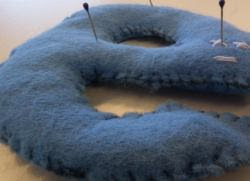 We've already talked about the precautions to take if you still want to use Windows XP from 8 April 2014, the date on which the support ended.
It was explained in the article not to use Internet Explorer as a browser anymore and it didn't take many days to discover a new flaw.
Today's news is the discovery of a vulnerability in every version of Internet Explorer, from 6 to 11, which allows cybercriminals to take control of the computer.
In practice, it is enough to visit a malicious site with IE to have the PC infected with malicious code that exploits the vulnerability and allows those who created that code to take control of the computer.
Microsoft will correct this problem very quickly, only on the still supported versions of Windows, so no patches will be released for XP that will remain exposed to the security hole.
If you are still using a Windows XP computer, you no longer need to open Internet Explorer which will forever be vulnerable to exploits and security bugs

Please note that the latest version of Internet Explorer available in Windows XP is Internet Explorer 8, which belongs to the Stone Age and is not much better than IE 6, especially for security.
Modern versions of IE, such as Internet Explorer 11, cannot be installed on XP.
IE 8 is an outdated browser, no longer supported with security patches since Microsoft ended support for Windows XP on April 8, 2014.

The same argument, starting from April 2022, applies to Chrome for Windows XP and Vista no longer supported.

If you are using Windows XP so you have to use a browser that is not only supported but also receives all security updates.
Among these are not the old browsers that use the Internet Explorer rendering engine and neither is Firefox, which no longer supports XP. If you are using Windows XP, then, a browser that you can still use is one of its lesser-known variants of Firefox such as KMeleon, which is based on Mozilla's old rendering engine.

The best browser to use on XP, still in 2022, it is Mypal Browser, based on Palemoon (in turn derived from Firefox), currently kept updated to work on XP as well. The great advantage of this browser is that visiting the websites will not detect any incompatibility and modern websites too, including Youtube, they will open normally, without displaying errors and warnings.


Some people may still need an older version of Internet Explorer to connect to certain websites, such as the company website. If you need to use Internet Explorer for only a few things, open it just to go to that specific site, without navigating further. You can also install an IE Tab browser extension for Firefox or Chrome and configure IE Tab to load that old site using Internet Explorer.

For the latter, for those who do not switch to Windows 7 or 10 for fear of not being able to open or run company applications and sites based on old versions of Internet Explorer, I remember that in IE11 there is the Enterprise mode which is used for this. purpose.

The safest browser: comparison of Chrome, Firefox and others ❯