Turn your PC into a streaming receiver 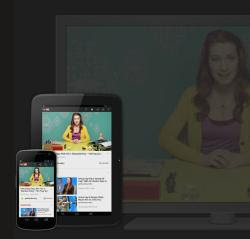 Abbiamo visto che anche in el paese si può comprare Google Chromecast, the mini receiver to attach to the TV to watch the internet and movies, which costs only 35 Euros. With this small object that looks like a USB stick to attach to your TV's HDMI port, you can stream YouTube videos or browse the internet using your smartphone, iPhone or tablet as a remote remote control.

NOTE: Old and no longer valid article, to turn your PC into a streaming receiver, the best solution is DLNA, one of the best solutions for see Movies and videos on Smart-TV from PC, web and smartphone
Alternatively, you can use the free program Plex which allows you to stream video on the TV from your PC and which can be controlled via smartphone.

What can be done with a Chromecast, can be achieved with any other Android device through an app that acts as a streaming receiver ready to be controlled by another mobile phone.
You can then get a wireless connection between an Android mobile phone -> another mobile phone or Android device -> optionally the TV.
For example, you can use a Nexus 4 to remotely control a Galaxy Note 10.1 that is connected via a Mini HDMI cable to the TV.
The app to use is AllCast Receiver, a free one that turns any other Android device into a Chromecast-like receiver (which replaces the defunct Cheapcast).
You can then choose from your mobile phone what to see on the tablet (and on the TV if connected), using it as if it were a remote control e what you see on the controller, you also see on the receiver.
AllCast Receiver requires both devices, Android phones or tablets, to be on the same Wifi network.
The application must be downloaded on the device that acts as a receiver while on the one that acts as controller and transmitter it must be installed all cast
On the receiver, start the application and follow the configuration steps choosing a name and starting the service.
Once the AllCast Receiver is active, a notification icon appears indicating it is running in the background.
To project what you see on the screen of the device that transmits on the receiver, simply start the Allcast application and start playing a video or song from there.
AllCast automatically detects the other device and send the stream to the receiver.

AllCast Receiver works also to turn your PC into a Chromecast receiver, to then project what you see on the phone, on the computer monitor.

The idea of use a mobile phone as a remote control it is not a real novelty.
In other articles we have seen, for example, how to use the mobile phone (iPhone and Android) as a touchpad and keyboard for the computer, which becomes a similar solution, if you connect the laptop to the TV
We must not forget that Youtube has the possibility to pair a TV or another computer to the mobile phone to use the latter as a remote control (see: Full screen Youtube TV to watch videos on your TV)

Turn any site into a desktop app with Chrome on Windows ❯

add a comment of Turn your PC into a streaming receiver