What is the difference between Google TV, Android TV and Android Box? 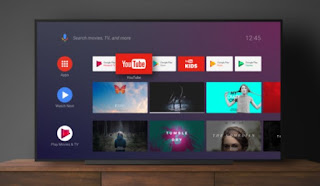 In recent times Google has released a lot of different devices and operating systems for Smart TVs or set-top-boxes and for the average user it is immediately chaos! What does Google TV mean? What differentiates it from Android TV? They both have something in common with the classics TV Box Android? The answers increase, as does the confusion when buying a new TV or a new TV Box.

Precisely to meet these technological difficulties with the Google brand (which for once is not as precise and clear as usual) we have created a complete guide on the differences between Google TV, Android TV and Android TV Box so that the next time we find these acronyms in a technical data sheet of a device for sale online or under a television in the shopping center, we will know exactly what it means and what we need to buy.

With Android TV we identify the Android operating system optimized to run on compatible Smart TVs, so as to be able to take advantage of most of the apps we are used to using on Android smartphones even with the TV remote control. 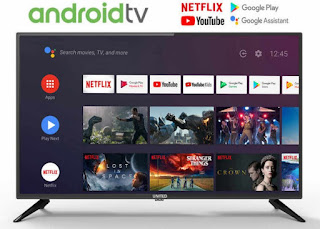 By connecting this type of high-beam TV to Wi-Fi we will have access to all the most famous multimedia streaming apps, we will be able to install media center apps and apps to manage IPTV lists, we will be able to launch the voice commands of the Google Assistant and use the Google Cast protocol to send content from the smartphone to the TV (built-in Chromecast functionality). At the time of writing, Android TV is based on Android 9.0, but it will probably be the last time we'll see this name on the market, as Google has decided to rename all new Android TV releases to Google TV (as we'll see in the next chapter ).

If we want to take a look at the Android Smart TVs we advise you to choose between the TV models produced by Sony, Philips and Sharp. At the moment there is no Android TV support for LG and Samsung Smart TVs, which use proprietary operating systems (WebOS and Tizen OS respectively).

To discover other interesting Smart TVs with Android TV or other modern operating systems we can read our articles Guide to the cheapest Smart TVs (less than 400 €) e Smart TV purchase: better online or in a store?

As mentioned in the previous chapter, Google has decided to give a breath of fresh air to its smart TV platform by renaming it Google TV. 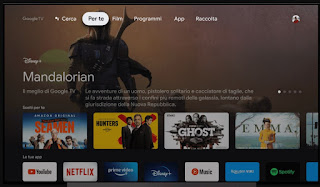 With this acronym we do not identify a new operating system but a simple interface (like a launcher), which will allow faster access to all streaming multimedia content, favorite apps and the most used Google content.

In fact "under the hood" we always find Android TV (this time updated to version 10) but this name will no longer be used, so as to avoid confusion with future smart home devices designed by Google for the living room.

For example, the same Google TV interface is present in the new Cromecast and is very similar to that available on new generation televisions labeled as Google TV (at the time of writing not available for the country market).

If we buy an Android TV Box can we talk about Android TV or even better than Google TV? Absolutely not: unfortunately a classic Android version is used on these devices (same as for smartphones), without optimizations and certifications by Google (with some exceptions that we will show you below). 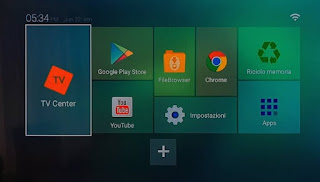 On these devices we can install the streaming apps but we will not get the maximum resolution (FullHD and 4K), since it is necessary to obtain the certification from Google to be able to support the higher resolutions from Netflix or similar apps. In any case we can always install the apps for the IPTV lists, use a media centers such as Kodi or Plex for multimedia content on the network or open the web browser and start playing the streaming content.

If we want to use Google-certified TV Boxes we will have to buy specific TV Boxes such as the Xiaomi Mi Box S or the NVIDIA SHIELD TV.

If, on the other hand, we want to save and want a simple TV Box with Android operating system (even without certification), we suggest you read our guides Best Android TV Boxes for Movies, TV Series and IPTV e How Android TV Box Mini PCs work.

As we have seen in the guide there are substantial differences between Google TV, Android TV and Android TV Box sufficient to make us mistake when buying a new TV or a TV Box: we must pay the utmost attention and choose the system that most suits our needs. P.

On TV Boxes we will have to pay even more attention, since these devices have a smooth Android version without optimizations and without Google certifications: good for downloading apps, but we will not be able to benefit from the high definition on streaming apps, as also seen in the guide All the ways to watch Netflix in 4K UHD.

Which Chromecast to buy: differences between Ultra and normal ❯

add a comment of What is the difference between Google TV, Android TV and Android Box?