Which Chromecast to buy: differences between Ultra and normal 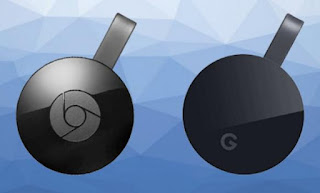 It is worth returning to talk about the Chromecast and updating this article to see for a moment what are the new versions available of this highly successful Google technological device from the point of view of sales and also from the point of view of actual utility.
To make a brief summary, it Chromecast was put up for sale in el country in 2014 at the very low price of 35 euros, which can be bought both online and in shopping centers.
For those unfamiliar with it, the Chromecast allows you to cast video on TV from PC and smartphone to any new or old TV, transforming it into a Smart TV to see any video or film visible via the internet.

Then, in 2022, Google released an updated and renewed version in 2022 with the release of the new Chromecast, at the price of 40 Euros.

UPDATE 2022: The Chromecast Google TV with app and remote control.

With these different versions, let's see here which Chromecast is worth buying both if you do not have any model yet, and for those who had already purchased the first version, to understand if there are advantages to replacing it or if it is still good.

For those who already have a Chromecast, let's see which ones there are differences between the first Chromecast, the second and the last.
Leaving aside the small technical details that don't change anything, we discover the practical features that actually change the user experience.
All three Chromecast models can play 1080p resolution video, and all three support HDMI CEC and are powered via micro USB.
All three use the exact same Google Cast protocol and can be used in the exact same applications.

The second and third generation of the Chromecast support Wi-Fi b / g / n / ac, 2,4 GHz and 5 GHz bands.
The original Chromecast, that of the first version, does not support Wireless AC support and only broadcasts on the 2,4 GHz band.
(SEE HERE: Differences between 2,4 GHz and 5 GHz Wi-Fi networks.
The main difference between Chromecast 2 and Chromecast 3, however, is the speed of uploading streaming videos, certainly higher in the third version.
None of the three Chromecasts, not even the 2022 one, support 4K resolution video and HDR video playback, which are the main feature of the Chromecast Ultra.

All this means that if you use a router and a PC with support for wireless AC and you still have the first Chromecast, then it might be worth switching to Chromecast 3 without any doubt, to regain speed and speed.
Another valid reason to upgrade to the first version is if the router broadcasts on the 5 GHz network, which suffers less interference.

If you had the Chromecast 2, then you can save on buying the 3 because there aren't many differences.

The Chromecast Ultra, which supports 4K resolution, is no longer for sale, replaced by the Chromecast Google TV described by following the link above.

Those who do not yet own a Chromecast do well to choose the normal version currently on sale, namely the Chromecast 3, unless you have a 4K TV.

Remember that for buy a Chromecast you can go on Google official site and buy online from one of the affiliated shops or find it also in shopping centers.

NOTE: You can also buy, when available, the Ethernet adapter to connect the Chromecast to the router via an Ethernet cable and not via wifi, to ensure a more stable and faster connection.

ALSO READ: Chromecast guide with 16 tricks and applications to use it to the fullest

Which Google services and apps can be deactivated on Android ❯

add a comment of Which Chromecast to buy: differences between Ultra and normal