When Windows 11 arrives and how much it costs 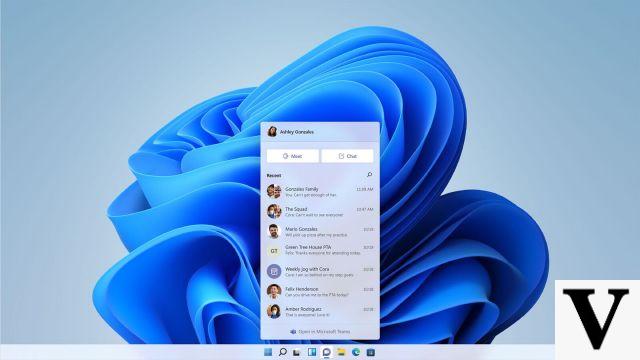 At the next big update of Microsoft's operating system, Windows 11, in a few weeks we have dedicated a whole series of articles to properly clarify the main doubts, from what to know before installing it to the system requirements, passing through what TPM 2.0 is and what it is for.

Today we want to take a closer look at two of the actually most important aspects of Windows 11, namely when it arrives and how much it costs the operating system that has impressed for its novelties, which are many and involve different aspects of the user interface, both aesthetic and functional. What most of all has struck those interested in Windows 11 is the redesign of the Start menu, now positioned at the center of the taskbar; then the elimination of the tiles gave way to a menu that has recently used apps, documents and files in the foreground, to pursue Microsoft's idea of ​​making the entire operating system more flexible.

In a way, Windows 11 has already arrived. Partially precisely, because at the time of writing it is beta version already available, the one dedicated to developers and to all those enthusiasts, better to say curious, who due to their sporadic use of the system are willing to accept a whole series of bugs, malfunctions and possible problems (which of course will remain out of the final version of the operating system ) to familiarize yourself with the news.

At the end of the beta period, Windows 11 will arrive in its final guise. When, unfortunately, it is difficult to say, also because Microsoft has provided rather vague statements. It was said that he would arrive close to Christmas, only to discover that it will only be found on new devices on the market at that time.

In other words, Windows 11 will be pre-installed on newly manufactured computers, laptops, tablets and companies by the end of the year, while the update planned for Windows 10 users will take longer. A few days after the presentation, Microsoft communicated through the Twitter profile that the upgrade from Windows 10 will begin in 2022 to be completed within the first half of the year, therefore indicatively by June 2022.


How much does Windows 11 cost

This is a very dear topic to those who have been using Microsoft operating systems for years with satisfaction, and the question arises because in the past the new versions of the Redmond operating systems had to be purchased at prices, often, not very popular. The good news that came along with the presentation is that those who own a "valid" version of Windows 10, therefore with a legal and verified product key, will not have to pay a dollar in the transition to Windows 11: the update will be free for everyone.

Those who do not own Windows 10 or will buy a computer without any operating system installed at the factory will have to buy a license for Windows 11. The costs have not yet been defined, but they can be assumed to be very similar if not identical to those needed today for a Windows 10 license, for which a figure of about 150 euros.

When Windows 11 arrives and how much it costs

Audio Video When Windows 11 arrives and how much it costs
Windows 10, how to find out which files are taking up the most space ❯