Windows 10, all the problems of the latest update 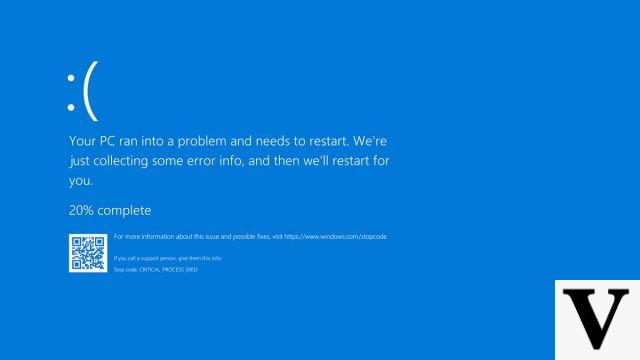 Punctual as a clock, also this month arrives list of errors, even serious, encountered by users following the installation of theWindows 10 latest update: the KB4556799, released by Microsoft in the latest Patch Tuesday. This update includes numerous improvements to the security of the operating system but, apparently, the bugs are many and very serious.

The most worrying thing, and annoying for users, is that most of the errors are not new at all: they are errors already introduced by previous updates, then resolved by Microsoft with other updates, and which now recur again as they are. . A situation that is almost paradoxical for Microsoft which, however, in the page of his website related to KB4556799 continues to state "Microsoft is not currently aware of problems related to this update". And so, not knowing it before, the user downloads and installs the update.

The most serious problem brought from Windows 4556799 update KB10 it is sudden loss of files from hard drive. For no apparent reason, and absolutely randomly, the files disappear into thin air. There is no shortage of the infamous Blue Screen of Death (BSOD), the blue screens full of incomprehensible codes to users, which Windows displays when it crashes. Minor problems have also been reported, such as the substitution of some GUI fonts, errors in the search function within Outlook, screen flickering (especially in Microsoft Edge), sound card problems. Finally, it is curious that after installing the KB4556799 some users suddenly found themselves in S (Safe) mode: an operating mode in which Windows 10 allows you to use only apps from the Microsoft Store and does not allow access to the Internet except through Edge.

It is clear that here the problems are many and there are just as many possible solutions. And that most of them are still unknown even to Microsoft. At this point the question is: uninstall the KB4556799, and give up the security updates it has introduced, or keep it with all the problems it has brought? The answer depends on the problems encountered: if they are mild and bearable then it is better to keep the KB4556799 and wait for a further update to correct them. If the operating system is at the limits of usability it is better to remove the update by going to Windows Update> View update history> Uninstall updates and then, after finding the KB4556799, double-click on it and confirm that you want to uninstall the problematic update.

Windows 10, all the problems of the latest update

Audio Video Windows 10, all the problems of the latest update
No more blue screen of death: Windows converts to green ❯

add a comment of Windows 10, all the problems of the latest update