Windows 10, because the PC asks for the SSD to be deframed 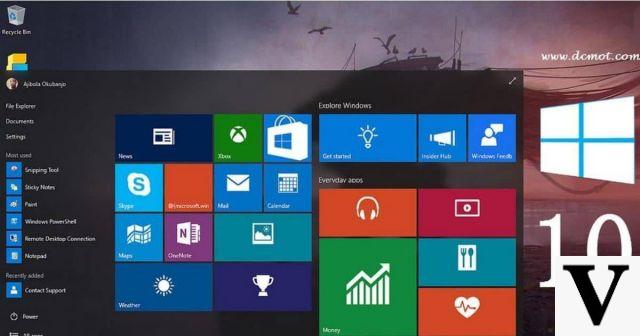 New bug discovered in Windows 10 2004, that is the famous May Update that many users still have to receive. This time the error does not prevent you from using your computer or any peripheral, nor does it crash the operating system, but it is not to be underestimated anyway.

The bug is that Windows 10 keeps asking the user for deframmentare l'hard disk, even when there is an SSD disk on the computer which, as is known, does not need to be defragmented. But not only that: even if there is a traditional hard disk, Windows tries to execute the Trim command on it, which is instead a command that can only be used on SSDs. Everything also happens with some insistence, so much so that some users report that the operating system invites them to run defragmentation almost every reboot. The cause of the problem is trivial to say the least, but Microsoft has not yet fixed the bug: it will do so with a subsequent update, in which there will also be solutions to the many other bugs that came up after the May Update.

Why Windows wants to defrag the SSD

Il Windows operating system 10 it normally records the latest optimization of each disk drive in the computer, to prevent the optimization from running too often and causing a prolonged impact on the computer's performance. Apparently, however, Windows 10 2004 does not correctly record the date and time of the last disk optimization and, as a result, believes that the disk is always to be defragmented. But not only that: Windows also forgets the type of disk in use on the computer, asking for the defragmentation of SSD disks and running the Trim command on traditional discs.

Why SSDs don't need to be defragmented

Defragment an SSD disk not only is it useless, but even potentially harmful. These disks, in fact, are actually memory cards with numerous chips side by side. The data to be written is distributed over as many chips as possible, in order to maximize the speed of writing and reading the data (while one chip is busy providing data, the other data comes from other chips). Defragmenting a disk means "compacting" the data all close to each other, which is actually useful on magnetic disk disks. But on an SSD no: the performance in this way they go down, instead of going up. But not only: each operation of reading and writing a data on an SDD ruins memory chips, shortening their useful life. This means that running a defragmentation on an SSD is damaging twice.

Windows 10, because the PC asks for the SSD to be deframed

Audio Video Windows 10, because the PC asks for the SSD to be deframed
The best Windows 10 antivirus of 2020 ❯

add a comment of Windows 10, because the PC asks for the SSD to be deframed