Windows 10, danger of viruses: blocks the start of the PC 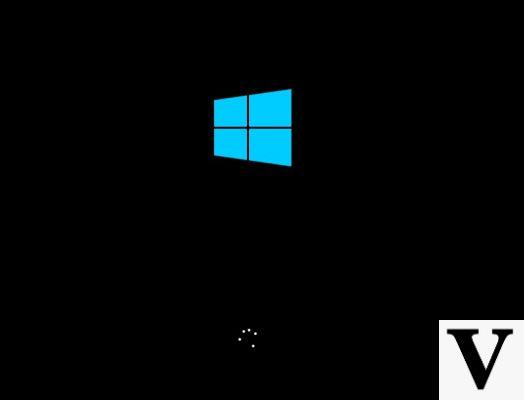 There is no shortage of bad news for users Windows 10. After the problems with updates that have been plaguing the operating system in recent months, with Microsoft forced to release several patches to fix errors and bugs, now comes new news: a new malware it is spreading rapidly and affects thousands of computers, especially people who are at home in this period and work in smart working mode.

The name of the virus is MBRLocockers and it is not new to the IT world. Already last year it had begun to spread and was also treated by the researchers of Avira, one of the many antivirus for PCs. Now the virus has returned to infest users' computers, albeit in a rather peculiar way. In fact, it may have been developed by teens who believe themselves to be hackers and who have found a way to pass time around this time they're at home: develop a virus that can block your PC from starting.

In fact, rather than malware, we should talk about ransomware. It is a type of virus that has spread widely in recent years and which has a peculiarity: after infecting the PC, it encrypts all the data on the hard disk and asks for a ransom (usually in Bitcoin) to unlock them. The new MBRLockers works very similarly, but fortunately there is a way to defeat it without having to pay a ransom: here's how.

It is a malware that has started to spread since last year and is part of the ransomware family. THE MBRLockers viruses infect the PC and overwrite the hard disk's MBR, i.e. the Master Boot Record, making it impossible to boot the computer.


The new MBRLockers that is spreading these days works the same way: it overwrites the Master Boot Record and when the user for the first time restarts the PC, he finds himself with the computer blocked and with no possibility of overcoming the block, if not paying.

With billions of people in homes and forced into smart working, the new version of the malware has found fertile ground to spread. And the hackers used the Covid-19 pandemic to speed up the spread of malware: through Discord chat and email campaign they convinced thousands of people to download a infected attachment. As soon as users downloaded the attachment, the ransomware began its work by replacing the hard drive's Master Boot Record.

When the computer is restarted for the first time, the virus shows its face: makes it impossible to log into Windows 10 and instead of login a message appears with a photo “This computer is infected with Coronavirus“. If you try to turn the computer off and then on again, the system fails to boot and a new message "Your computer has been trashed" appears.

The peculiarity of this new MBRLockersHowever, it is that no files are encrypted and no ransom is required to unlock the hard drive. For what reason?

How to defeat MBRLockers virus

The reason is very simple: the virus is not "a real virus." It is more than anything else a bad joke set up by some kids. In fact, when the image of the virus appears with the message "This computer is been infected with Coronavirus "just press i simultaneously Ctrl + Alt + Esc to defeat the new MBRLockers and go back to using your Windows 10 computer as if nothing had happened.


This virus reminds us of an important fact: never download attachments or files that are sent to us by e-mail or on the chats of messaging apps of which we do not know the nature. Even if our friends send them, never trust them: they could hide a virus, as happened in this case.

Windows 10, danger of viruses: blocks the start of the PC

Audio Video Windows 10, danger of viruses: blocks the start of the PC
Windows 10, tablet mode arrives: how it works ❯

add a comment of Windows 10, danger of viruses: blocks the start of the PC