Windows 10, how much RAM does it take to boot the operating system 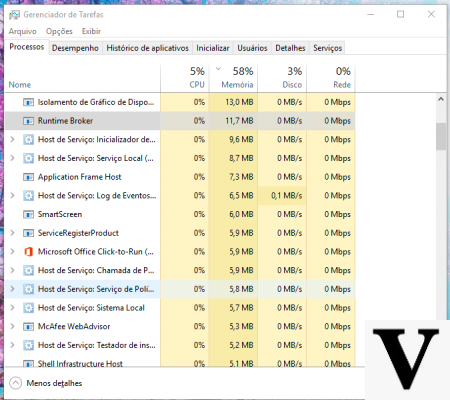 Sakura NØri, also known as 0xN0ri, Nori and NoriTech is a 16-year-old American who has a lot of fun with computer science. Linux expert, he does not disdain Microsoft and Apple operating systems either. In essence, he is a geek and, like many geeks, he managed to do something that no one had done before: find the minimum RAM limit needed to start Windows 10.

Microsoft officially claims that for start Windows 10, at least the 32-bit version, serve 1 GB in RAM but Nori did it with much, much less memory: just 192 MB. Nori's was a real experiment: he tried to start Windows 10, Pro version 1909, with a gradually lower amount of RAM until reaching the minimum limit under which Windows won't boot or freezes during startup. In fact, Nori also made attempts to boot with even less RAM but Windows 10 did not boot up.

All startup attempts were made on a PC Dell Inspiron 3670, a desktop with an Intel Core i5-8400 CPU on which Nori has installed Arch Linux. Then he launched a virtual machine on VirtualBox, to which he has allocated 512 MB of RAM and began to test the startup of Windows 10. After the start, without major problems, with 512 MB of RAM it started to go down more and more with the memory allocated to the virtual machine: 256 MB, 192 MB, 140 MB and 128 MB. Fino a 192 MB in RAM Windows started successfully, with 140MB it failed to load the graphical interface, with 128MB the blue screen appeared. All attempts were made without disabling any Windows service and leaving the operating system to manage virtual memory.

Ma How's Windows 10 doing with such a low amount of RAM? Bad, of course: starting the operating system takes over 3 minutes, due to the continuous use of virtual memory which has reached 2,8 GB in size. The memory available for applications, then, is very little: just 6,5 MB. Basically Nori only managed to start the Task Manager, Command Prompt and File Explorer. It is clear, therefore, that it is not possible to work with Windows 10 with such a low amount of memory, so much so that, on Twitter, a user asked Nori: "My question is: how bored were you when you had an idea such?".

Windows 10, how much RAM does it take to boot the operating system

Audio Video Windows 10, how much RAM does it take to boot the operating system
How to take long screenshots on Windows 10 PCs ❯

add a comment of Windows 10, how much RAM does it take to boot the operating system