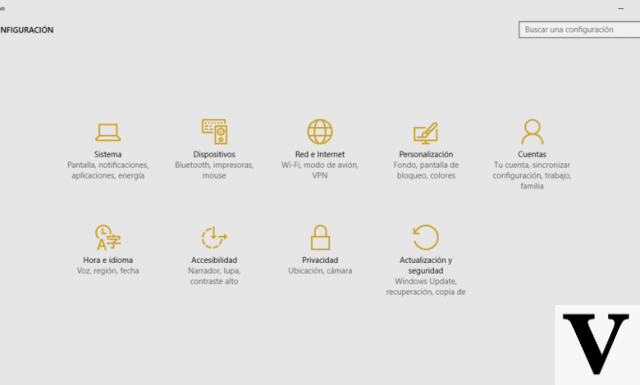 Il Control Panel is one of the sacred monsters of Windows: introduced by Microsoft with Windows 2.0, in 1987, for many years it was the reign of geeks and computer repairers. In 2012, with Windows 8, it was hidden behind the new streamlined interface of the Settings app, hated by the aforementioned geeks, but has remained accessible ever since.

In the short term, however, it could disappear. This is what we can guess from reading the code of Windows 10 Build 19587, i.e. the latest beta version released for developer testing. Among the lines of code new to previous versions of Windows are some that would be useful to completely hide the Control Panel. What many fear, however, is that it is the first step towards deleting this advanced tool for managing computer hardware and drivers. This would be the umpteenth attempt by Microsoft to rejuvenate Windows 10, which would not please those who have had a point of reference in the Control Panel for years when something does not work.

The real problem, probably, is that Microsoft never really made the choice of delete the Control Panel: for years it has existed "behind" the Settings app. To find it you have to look for it in the Start menu bar, but it is there. As there is yet another essential app in case of hardware problems: Device management (formerly called Device Manager), the most powerful tool of all for troubleshooting hardware problems on a Windows computer. For over ten years, Microsoft hasn't decided: all these apps are still present in Windows 10, but only Settings is easy to find and known by everyone.


Control Panel: when it will disappear

As always, when it comes to functionality hidden in the code of a beta, it is by no means that the prediction will become reality. Technically the first worthwhile opportunity for make the Control Panel disappear it would be the second six-monthly update of Windows 10 (20H2), which will arrive in the last months of 2020. The first six-monthly update (20H1) should arrive in a few weeks, by April, and will hardly bring this news with it.

Audio Video Windows 10, the Control Panel destined to disappear
How to free up Windows 10 space in seconds ❯

add a comment of Windows 10, the Control Panel destined to disappear