Windows 10, the latest update can destroy an SSD 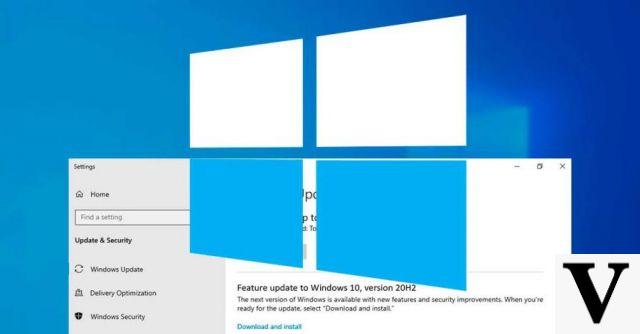 Windows 10 May 2020 Update is the first core update that Microsoft has released this year for its operating system. As often happens in recent months, immediately after the release of the update, the reports from users about problems encountered in the computer began to increase considerably. Problems recognized by the same Microsoft which took action quickly enough to resolve them. The news comes from a report published by the Bleeping Computer website.

Most have disappeared in recent weeks thanks to patches released ad hoc, but others are still present and one of them may destroy a very important component of the PC: the SSD. On computers nowadays the presence of at least one SSD is necessary to make it go much faster and to improve performance. Many users have reported that with update to Windows 10 May 2020 Update, the operating system tool to better manage hard disks has started to give big problems. We are talking about the application "Defragment and optimize drives" which should help users understand when a hard disk needs to be defragmented in order to gain some performance from the computer. After the update the tool shows wrong messages, risking from heavily damage the PC SSD.

Windows 10, SSD at risk: what happens

"Defragment and optimize drives" is a tool that few people know about within Windows 10, but which actually plays a fundamental role. It manages the health of hard drives and suggests to users when perform defragmentation e optimize PC performance.

Basically, an SSD should never be defragmented, but the Windows 10 tool uses a different system than optimization for SSD drives and for this reason it is preferable to keep it activated. In case it worked properly. Instead, after updating to Windows 10 May 2020 Update, the tool continually suggests to manually optimize the SSD even if it has already just been done. Defragmenting the SSD disk does nothing but damage it, until it is completely unused. A serious problem, especially if there are important files on the disk.


How to solve the problem

Microsoft is already aware of this problem and has made a patch which was only released for the beta version of Windows 10. If the tests are successful, the update with the fix will be available to everyone in the next few weeks.

Windows 10, the latest update can destroy an SSD

Audio Video Windows 10, the latest update can destroy an SSD
How to disable the touchscreen in Windows 10 ❯

add a comment of Windows 10, the latest update can destroy an SSD