Windows 10, we have the date for the update: that's when it arrives 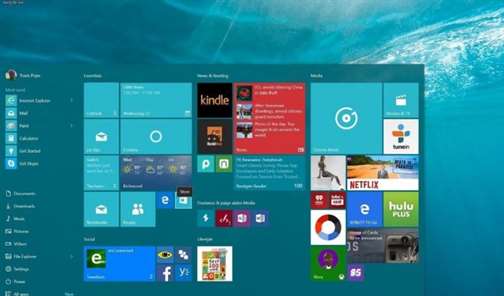 Maybe there we are. After postponements, problems and various denials, Windows May Update is ready to debut. This is the first major update of 2020 planned by Microsoft for Windows 10 and initially it was supposed to arrive for the month of April. But the outbreak of the pandemic and some problems encountered during the test phase, has postponed the release for at least a month. In addition, in recent days, several rumors had leaked about the fact that the update could even be moved to June. This possibility, however, seems to be averted.

According to a document that appeared online and published by Microsoft on the site dedicated to the Windows 10 developer community, the release of the May Update 2020 should take place between 26 and the 28 may. There is, therefore, a date that at least appears unofficial, even if not yet official. The update is highly anticipated, as always happens with updates that bring substantial changes to the operating system and an improvement in computer performance. Among the new features is a file indexing algorithm which will make especially PCs with a few years on their shoulders more responsive.

When the Windows 10 update arrives

Microsoft has recently updated the page dedicated to the release of drivers for the various components of the PC. This is a page dedicated above all to manufacturers, where they can find the days in which it is not possible to release software updates. The Redmond company circled with the red marker the days from 26 to 28 May, dates on which it will not be possible to release any driver updates. What's the reason? All clues lead to the same conclusion: in those days it is expected to release Windows 10 20H1, code name of the major update for May 2020.


As often happens on these occasions, the release will be gradual and before it reaches all users it will be necessary to wait at least a couple of weeks.

What's new in the Windows 10 update

As with major updates, there is a lot of meat focused on by Microsoft. With the May 2020 update there will be several changes that will try to improve the operating system stability (in the hope that new errors do not come out, as happens more and more often with Windows 10 updates) and the speed of PCs. Among the main innovations there is a new indexing of the files present in the hard disk that will allow even less performing computers without SSD to work at their best. Also new will be the native Linux engine that will also allow you to use apps designed for Linux operating systems.

Windows 10, we have the date for the update: that's when it arrives

Audio Video Windows 10, we have the date for the update: that's when it arrives
A new generation of Windows is on its way ❯

add a comment of Windows 10, we have the date for the update: that's when it arrives