Windows 10 will change the interface in 2021, here's how it will be 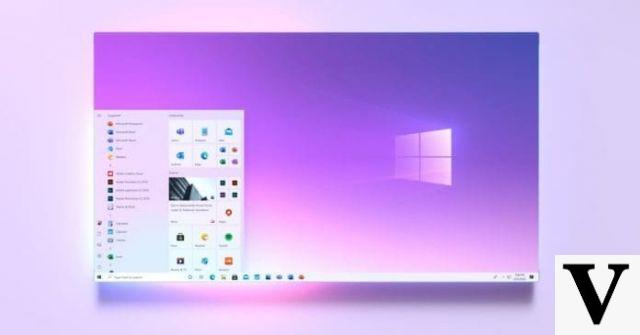 Many users have yet to install theOctober Update Windows 10, that is the second major semi-annual update of the Microsoft operating system of 2020, but we are already starting to talk about what awaits us in 2021. To be precise in the first half of next year, when the update will arrive Windows 10 21H1 which, apparently, will bring a revamped interface in many places for Windows.

The current UI design of Windows 10 is still based on "Metro Design", which dates back to Windows 8 and which is now in many respects inconsistent due to the various changes that have layered on top of each other in these years. From 2017 onwards Microsoft changes the aesthetics of Windows based on the new "Fluent Design" which will have to replace the "Metro Design" completely, but without much haste. According to Zac Bowden of Windows central, however, Microsoft has already decided on a date for the end of the transition: June 2021. Here, according to the information collected by Bowden, what will be the new interface of Windows 10 based on the new design.

The new interface of Windows 10, codenamed "Sun Valley", will be going to redo the look Start menu, notification center, To taskbar and File Explorer. All the most used parts of the operating system, therefore, will change their appearance with a more modern design, new animations and, apparently, even new features.

Most of these changes will lead to a look similar to that of Windows 10X, but tailored for use on desktop and laptop computers. Microsoft is also redesigning the touch keyboard and emoji picker, and those changes have already made its way to beta testers enrolled in the Windows Insider program.


From the graphic point of view, a dark mode extended to the entire interface and bevels for all corners of the windows.

New Windows 10 interface: when it arrives

Bowden says Microsoft hopes to complete most of this work by the end of the first half of next year, so by June 2021. However, according to the Windows Central reporter, the new interface won't hit the general public until the fall. , i.e. only with theupdate 20H2 (l’October Udate 2021). I testsinstead, they will receive most of these interface changes within the first half of the year.

The last interesting thing to note, finally, is that when the interface arrives for all users will be given the option of continue to use the old one, if they do not find it convenient to use the new one. In this way, therefore, Microsoft is organizing a soft transition between the old Windows 10 and the new one.

Windows 10 will change the interface in 2021, here's how it will be

Audio Video Windows 10 will change the interface in 2021, here's how it will be
How to find out which version of Windows you are using ❯

add a comment of Windows 10 will change the interface in 2021, here's how it will be