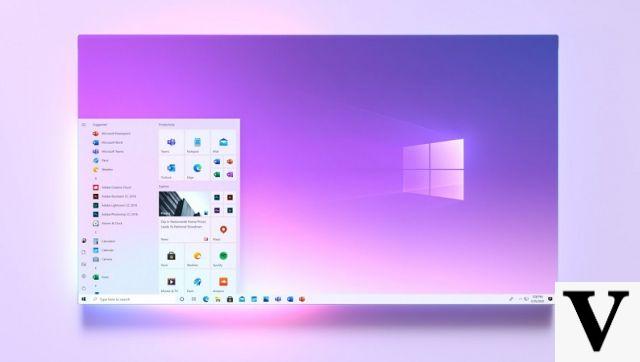 The coronavirus pandemic has greatly reduced, to be honest, the mobility of hundreds of millions of people around the world, and this has had a huge impact on the way we use technology. Less mobility means less use of mobile devices and a return to the computer: compared to the same period in 2019, this year Windows 10 usage grew by 75%.

This was announced in a post on the official blog of Microsoft Panos Panay, Chief Product Officed of Windows and Microsoft devices. But Panay also communicated another thing: i plans for Windows X have changed. What was originally supposed to be the operating system that would accompany the launch of the Surface Neo, Microsoft's revolutionary dual screen device, a bit tablet and a bit laptop, will be made available first for single screen devices. So the classic laptops. In this announcement, many also glimpse a second piece of news: the launch of the Surface Neo is postponed. According to Panay, in any case, Windows 10X was designed with flexibility in mind, so it can confidently debut on a single-screen device.

For what has been communicated to date, and which is likely to no longer be worth 100%, Windows 10X will be a lightweight and modular version of Windows 10, equipped with a simplified and redesigned interface following the canons of "fluent design" theorized by Microsoft for some years. In practice there will be a new Start menu, a multitasking management based more on gestures than on clicks and an “under the hood” structure made up of code modules that are loaded (and updated), or not loaded (and not updated), depending on the device you are using.


While Windows 10 is a "good for all" operating system, capable of being compatible with millions of different configurations on which it works the same way, Windows 10X should be a more tailored operating system, which adapts to the device. This is because, unlike desktops and laptops, the mobile devices for which it was originally meant Windows 10X they don't have a lot of storage space, a lot of RAM and a lot of power to "waste" on the operating system alone.

The answer is always the same: the coronavirus. The pandemic has disrupted the supply chain of the entire electronics industry, blasting the presentation of many products, some of which have been postponed until a later date. It is also foreseeable that, once the pandemic is over, for a first period of time the economic availability of users will be lower than originally expected.

add a comment of Windows 10X, the new computer operating system: what changes