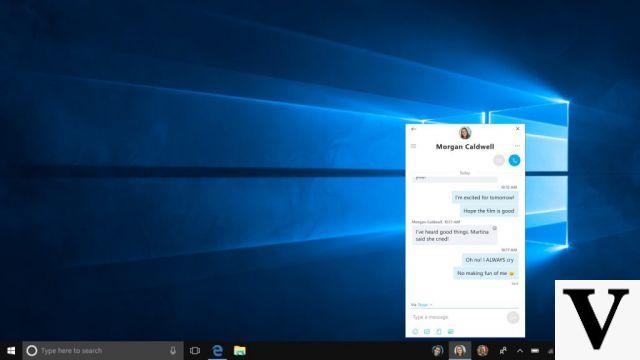 Microsoft has been working hard on its operating system lately. From security to updates. Now the US computer giant has designed a number of new functions for Windows 10 in such a way that simplify its use. The machine will manage many operations without engaging the user.

This new simplified system will take the name of Windows AutoPilot. In practice it is a sort of self-pilot that will constantly help us in the use of the computer. Microsoft said the new feature will be available from the end of June. It is not the first time that the US giant has used the term AutoPilot. With this label, systems for managing the company's data centers were identified. However, it should be remembered that there is practically no affinity between the two programs. The new feature was meant to be part of the update Windows 10 Creators Update last April.

AutoPilot is especially designed for businesses and working SMEs in the field of distribution and so-called OEMs, that is, companies that make equipment that will then be installed in a finished product, on which the final manufacturer affixes his own brand. Windows AutoPilot is meant for facilitate communication with its own customer base. Microsoft also announced that to increase this offering for businesses by the end of the year, both will be integrated with AutoPilot Microsoft Store for Business that Microsoft Partner Center. The feature will be released by November AutoPilot Reset.

AutoPilot will also play a key role in increasing the efficiency of Windows Defender and therefore IT security of the Microsoft operating system. These new updates will prevent the user, and especially the employees of a company, from making trivial mistakes and will manage the updates and data saved on the machinery. Microsoft will also be able to insert an Analysis function on AutoPilot by the end of 2017. This will be used to monitor it general health of the computer.