Launched in 2017, the Xbox Game Pass is attracting more and more players. And for good reason, they are attracted by its famous catalog which has grown considerably over the past four years. Here's everything you need to know about the "Netflix of video games" with Microsoft sauce. 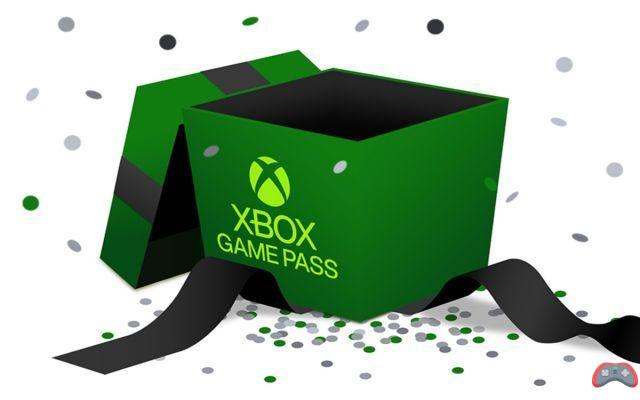 It was in June 2017 that the Xbox Game Pass made its arrival in the video game landscape. By subscribing, players can have unlimited access to a regularly updated catalog of video games. This is indeed a new way of gaming, users can peck at will the different titles available. A bit like with an SVOD service, in short, but with video games at stake.

Xbox Game Pass: how many people have subscribed?

In any case, Microsoft's service is increasingly establishing itself on the market. In January, 18 billion video gamers worldwide. were subscribers, according to an official tally. A number that has only grown if we rely on the statements of the boss of Take-Two, Strauss Zelnick. During Wrap's The Grill 2021, he reported that there are now 30 million players subscribed to Xbox Game Pass. Also present, the boss of Xbox, Phil Spencer, did not confirm his statements, recalling only the last count of 18 million.

For his part, Daniel Ahmad, analyst at Niko Partners, however, advances the number of 20 million subscribers, based in particular on documents evoking the growth of the service. Anyway, we should have the heart net soon (perhaps next November 15 when Xbox blows its fifteenth candle).

When the Xbox Series X and S were released: 7 out of 10 buyers subscribed to Xbox Game Pass.  SIf you haven't taken the plunge yet, we'll detail you in this article all the useful information to know about the Microsoft platform.

Xbox Game Pass: what is it?

For a monthly subscription, the Xbox Game Pass gives access to a regularly updated toy library of more than 400 video games. And this without restriction, subscribers can play it unlimited as long as the title in question is available in the catalog. Subscribing thus gives you the right to download a game. To benefit from it, you will obviously have to pay regularly every month. In the event of unsubscription, you will no longer be able to launch the games, unless you have purchased them.

Xbox Game Pass: how much does it cost?

There are three distinct subscription plans:

As its name suggests, the console offer is intended exclusively for gamers operating on Xbox. It gives access to hundreds of games, to Xbox Game Studio titles on the day of their launch, but also to advantages and discounts. Compatible consoles are: Xbox One and Xbox Series S/X. The latter can run old games (Xbox 360, Xbox) thanks to the magic of backward compatibility.

The second offer is aimed at players PC. By subscribing, you will have access to more than 370 titles. A catalog that will be regularly updated with the addition of Xbox Game Studio day one titles. In addition to significant promotions, this formula also includes the EA Play library. Currently, the first three months of subscription cost only 1 euro.

Finally, the formula ultimate is by far the most complete. It allows you to enjoy all the video games in the catalog (PC, mobile devices and consoles). Like the two aforementioned offers, it will give you access to Xbox games as soon as they are released as well as discounts and in-game benefits.

What's more, this subscription includes cloud gaming but also the EA Play library and Xbox Live Gold. Which includes free games every month and access to console multiplayer. For free-to-play, however, Xbox Live Gold is not necessary. Furthermore, be aware that the first month of subscription will only cost you one euro. 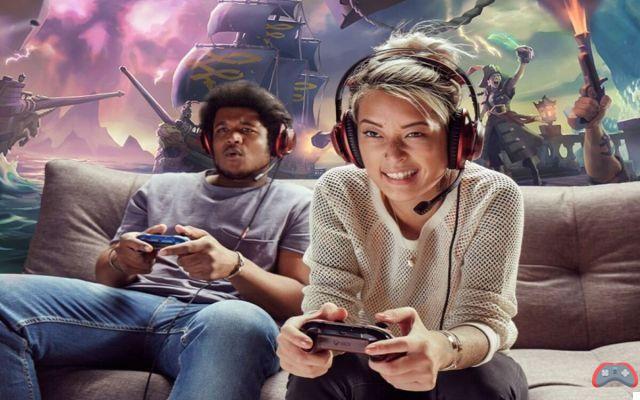 You can subscribe to any of the aforementioned offers by going to this page. To do this, you must have a valid Microsoft account and have added a payment method. You can also subscribe directly on your console or purchase a subscription from a retailer.

It is obviously possible to benefit from the Xbox Game Pass on Microsoft's next-gen consoles - the Xbox Series X/S - but also on Xbox One and on Windows PCs. In addition, Game Pass is also available for streaming on Android smartphones or tablets using xCloud technology. Since summer 2021, it is even possible to access cloud gaming on iOS and computer (Windows, Linux or Mac) via a web browser.

The least we can say is that the Microsoft catalog is increasingly provided. As of March 2021, 20 iconic Bethesda games are available on Xbox Game Pass. We find in particular the classic license ultra-gore Doom but also several opuses of The Elder Scrolls (including Skyrim) and Fallout.

PICTURED BELOW: 20 ICONIC #BETHESDA TITLES YOU CAN PLAY TOMORROW pic.twitter.com/UPuIzBIFnC

But that's obviously not all. In addition to these two catalogs, the Xbox Game Pass is increasingly provided, which also makes it very attractive. All media combined, it still ships more than 400 games, which already fills your video game sessions. Among the most popular among subscribers, we can cite the following titles:

Lately, new horror titles have been added for Halloween like Back 4 Blood. Let's also mention The Good Life, Dragon Ball Fighterz, The Riftbreaker, Project WIngman or The Forgotten City and Outriders. To know in detail all the titles available on the platform, it's here. Indie games, strategy, FPS, sports, RPG, action/adventure, puzzle, platform… Everyone should find something there.

Xbox Game Pass: what games are planned for November?

In November, subscribers will be spoiled. Here are the games that will make their way into Game Pass:

Also note that PC and Ultimate subscribers will be able to experience Battlefield 2042 for 10 hours starting November 12.

Audio Video Xbox Game Pass: price, catalog, operation, all the info
Xbox Live: Microsoft suspends certain functions in the face of the influx of players confined to their homes ❯

add a comment of Xbox Game Pass: price, catalog, operation, all the info