Didn't have time to follow the news yesterday? Here is what marked Monday August 17: the first smartphone with camera under the screen is coming soon, Instagram and Messenger ready to merge. and Hyundai breaks a range record for its electric SUV. To not miss any news, remember to subscribe to the ifastrecovery newsletter. 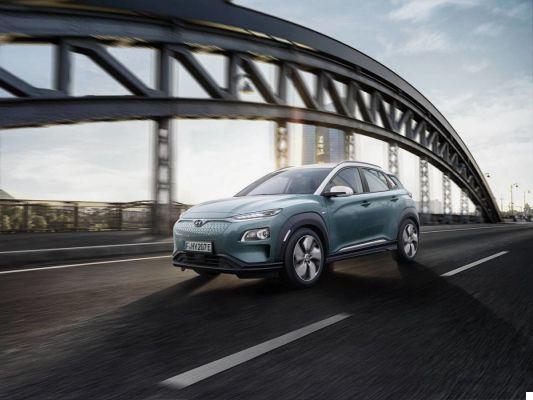 It's official: the first smartphone with a camera under the screen is coming in September

The first smartphone marketed with a camera hidden behind the screen will not come from Oppo or Xiaomi. It is finally the Chinese manufacturer ZTE which should be the first to offer this technology to the general public, within its ZTE Axon 20 5G. The firm has also already announced the date of presentation of this smartphone. It will indeed be officially unveiled on September 1st. For now, however, it is not known in which markets the phone will be launched.

Already owner of Messenger and Instagram, Facebook has been trying for some time to bring together its various services under the same banner. A novelty has been seen by several Instagram users. In addition to new features such as emojis or new gestures, Instagram also presents an option to “chat with friends who use Facebook”. The symbol for private messages has also been changed to take the form of the Messenger logo. For now, this is a simple test, but we could eventually see more synergy between the various Facebook services.

The Hyundai Kona Electric exceeds 1000 km of autonomy, with a trick

Automaker Hyundai has broken a new record with its Kona Electric SUV. It is one of the first models to exceed 1000 kilometers on a single battery charge. A record that has been made three times and achieved thanks to special conditions. It must be said that to achieve this distance, Hyundai did not use the air conditioning or the infotainment systems. The speed of the vehicle also remained particularly stable, between 29 and 31 km/h.

add a comment of On-screen camera, fusion of Instagram and Messenger, and electric SUV with 1000 km range - Tech'spresso