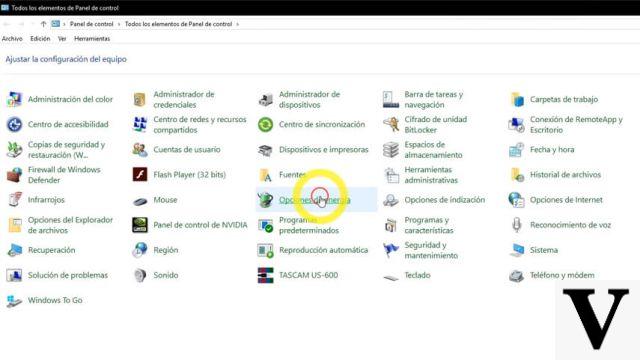 Windows 10 it is one of the best versions of the operating system ever made by Microsoft. It takes the best of the versions released in recent years, eliminating all the features deemed useless and that had not found the consent of the users. Within a couple of years, Microsoft has also updated Windows 10 adding new programs and features from time to time. Many of which users don't even know about.

For example, it is possible to program tasks that the computer can repeat every day in total autonomy without the user having to intervene. All thanks to a function inside Windows 10, but which most users ignore. Knowing the hidden features of Windows 10 not only improves the usability of your computer, but also allows you to do your daily work faster.

Su Windows 10 it is possible to work simultaneously on two desktops without having to use an ad hoc application. Few are aware of this feature, even if it is present in the operating system taskbar. To open a new desktop, just click on the picture-shaped icon next to the space to search with Cortana. A new screen will open where all open programs will be shown. By clicking on the icon with the sign "+" with the words "New desktop"It will create a second desktop on which to work. The feature is very useful especially for creators and for those who work with photo editing and video editing programs.

"Scheduler"is one of the most useful functions in Windows 10. It allows users to plan actions that the computer will have to perform daily or when set by the user. To access the program, just type in the search space "Task Scheduler" and click on the name of the app. The program will open and you can start using it.

One of the worst nightmares is seeing your computer infected with a virus or malware. To make life quieter for its users, Microsoft has decided to include both an antivirus (Windows Defender) is malware removal software. The program works in the background and warns the user only when it comes into operation. Very useful especially in the first moments when a professional antivirus is not yet installed.

If the computer shows some slowdown, it could be the fault of too much space occupied on the hard disk. Cleaning disk is a tool present within Windows 10 that allows you to delete system files that take up hard disk space and hurt your computer's performance. To delete these files, just open Disk Cleanup (you can easily do this via the search bar) and click on "Clean System Files".

Another feature that few people know of Windows 10 is the ability to create a space on the Home Network where you can share files and images with your family, without having to use messaging applications or e-mails. To create this sharing space, you need to log in to the Control Panel and press on "Choose homegroup and sharing options"present in section"Rete and Internet"A window will open where you can create a homegroup.