iOS 15, iPadOS 15 and tvOS 15 are on the way. As announced during the keynote dedicated to the iPhone 13 and the Apple Watch Series 7, Apple will deploy the three updates to all compatible terminals this Monday, September 20, 2021. We explain how to install them on D-Day. 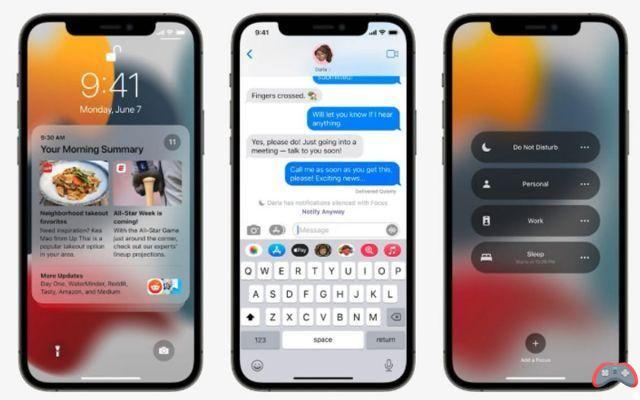 True to form, Apple took advantage of the September keynote (dedicated to the iPhone 13) to announce thea date of deployment in final version new versions of its operating system: iOS 15, iPadOS 15 and tvOS 15. Note that Apple did not mention the release date of macOS Monterey.

As a reminder, the Californian group had extensively detailed the new OS during the traditional WWDC last June. A beta program was opened immediately after. After several months of beta program, the three versions will be pushed to compatible devices as soon as Monday, September 20, 2021. Typically, updates are available on affected devices later in the evening.

On the same subject: iOS 15 will favor 5G over WiFi when the connection is too slow or insecure

Usually, the firmwares are downloadable around 19 p.m. It only takes a few hours for all devices to install the update. But very often, Apple's servers are completely overloaded the night of the deployment. It is sometimes necessary to wait a bit to retrieve the installation file.

To install iOS 15/ iPadOS 15 update as soon as it is offered on your iPhone or iPad, just follow the following procedure: go to Settings > General, then touch Software update and press Install. As a reminder, iOS 15 is compatible with many iPhones released several years ago. Unfortunately, some older iPhones will be deprived of some of the new features of the update.

Public chat an Apple TV box, it is necessary to do the following to install the latest version of the OS: go to Settings > General > Software Updates, then select Update Software.

Audio Video iOS 15, iPadOS 15 and tvOS 15: Apple will roll out the updates this September 20, 2021
iOS 15 now allows you to bequeath your iCloud data to your loved ones after your death ❯