Nearly 200 million people around the world have made Netflix their favorite destination to watch movies and series. We may be a very active user of the platform, it could well hide unexplored confines. We invite you to discover all the codes to access the hidden categories and subcategories of Netflix. 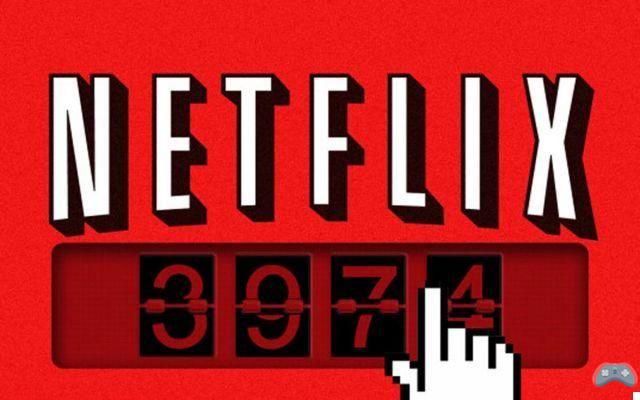 She is still relatively young, but can claim to have upset the codes of cinematographic consumption. Netflix will soon cross the 200 million subscriber mark, three years after reaching 100 million users worldwide. A figure more impressive than it looks. In Spain, more than 8 million subscribers have adopted Netflix.

The platform certainly does not include all the films and series that we could wish to see there, but over the months, the Netlfix catalog is enriched with several new features. We also appreciate the user experience which allows you to enjoy films and series in complete ergonomics. But the catalog of Netflix is still of considerable size and despite the rather effective recommendation system that takes your preferences into account, exploring the content can be complicated.

Some categories do not appear on the home page. Unless you know exactly what you want to watch and search for it directly in the field provided, discovering interesting content is not easy. If you would like to discover films and series of a particular genre that are hidden in the submerged part of the iceberg, you will have to filter as much as possible.

There are codes provided for this purpose which give direct access to the hidden content on Netflix. The categories and sub-categories are listed in the following table, with the code corresponding to each of them.

How to Redeem a Code to Access a Hidden Netflix Category

After having copied or memorized - if possible - the secret code of your favorite categories and sub-categories, accessing them becomes very simple. But know that it is only possible to use the codes from a web browser. If you prefer to watch your series and movies from the Netflix app, the only thing you can do is locate them from a browser and then search for them in the app.

To access a category or sub-category directly, nothing could be simpler. Go to Netflix from Google Chrome, Firefox or any other web browser. Enter the following URL http://www.netflix.com/browse/genre/CODECATEGORIE by replacing CODECATEGORY with the secret code selected from those listed above. The complete list of films and series of the genre is displayed. You now have a good base to draw from. And to go further, do not hesitate to consult our selection of the best interesting series to watch or watch again in 2020 on Netflix.

What to watch on Netflix this weekend? Movies, series, documentaries, animated: every Friday, we offer you a spoiler-free, guaranteed home selection of all new releases... After a less trial or several months of sifting through all genres of movies and series on Netflix, you have decided to unsubscribe. Whether it's…You can easily remove an item from recently watched series or movies on Netflix. Or even the entire viewing history. But how to proceed? It's not necessarily obvious… The fourth (and final) season of the drama and detective series on Netflix Ozark will be available soon. Over three seasons, viewers immersed themselves in lies, deception, and…