What's new in Windows 10: here's what changes in the user interface 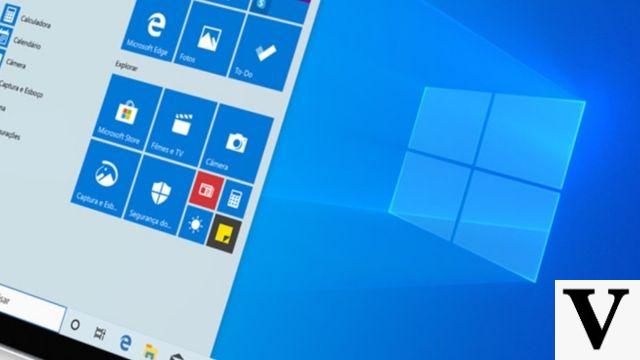 
The release of the Windows 10 Creators Update. While Microsoft is working to fix the latest problems, the first information regarding the user interface begins to arrive. The Redmond company will make important changes, which will affect our habits. These are features, large and small, some "obvious" others really useful, which could radically change the way you use now Windows 10. We have selected them ten so when you install Creators Update, you will already know which function will become part of your favorites.

But let's proceed in order. The most important new features, at least according to Microsoft, are the automatic locking function when you leave your computer and MyPeople, that is the social network integrated in Windows 10. Will Microsoft have time to perfect it before the release of the Creators Update? Rumors say it will be very difficult and that it will only come at the end of the year. But, in the meantime, you can experience the novelties present in the Notification Center and in Edge, take screenshots of the screen, test the blue light that is activated at nightfall to help you sleep. And many other innovations developed thanks to the feedback received from beta testers. Let's go to discover the 10 most important innovations of the Windows 10 Creators Update.

To back up Windows Hello, the Windows 10 login screen, Windows Goodbye should also arrive. If the name has not yet been confirmed - there is also talk of Proximity Lock or Dynamic Lock - the function is very clear: the operating system automatically blocks when the user leaves the desk. You can activate this option with the key combination Windows + L. Microsoft, however, is still devising a way to make the block "automatic". One of the possible solutions, perhaps the simplest, would be to use the webcam, but there are those who hypothesize the use of the smartphone connected to the computer via Bluetooth: the user leaves the connection range and the lock screen starts. A new feature that will allow the user to secure their data even if they forget to turn off the computer.

Il Notification Center - accessed from that icon in the shape of an incoming message to the right of the clock - introduces some small changes related to the icons of the Quick Actions, those buttons to be catapulted to specific Windows 10 controls. The Creators Update may also incorporate levels and sliders into the Notification Center so you can change, for example, screen brightness and sound volume faster. A "redesign" designed, almost certainly, to facilitate the use of Windows on touchscreens. On the other hand, the future belongs to hybrid tablets, as shown by Microsoft's investments in the development of the new Surface 5.

Il Windows 10 major update yes it colors with a soft blue light, but only at night. By enabling this option, the color temperature of your computer or tablet display will gradually drop as evening approaches. In short, it reduces excessive brightness for the eyes and, theoretically, it helps improve nighttime sleep. The option, according to the latest build released, will be called "night light"and no more" blue light ", but the concept remains pretty much the same.

Creators Update, if the notebook is equipped with the so-called Precision Touchpad, will provide settings to set specific gestures for the device. This means that when you make a tap with two, three or four fingers on the Touchpad, or a swipe with your fingers in one of the four corners (up, down, left, right), an action set in Windows 10 will be activated. , for example, decide that swiping the touchpad with four fingers switches to the Desktop window or that tapping the touchpad with three fingers opens the Cortana interface.

Among news of the upcoming Windows 10 update there is also the possibility to group the tiles - those big squares in the Start menu - in folders: a bit like what happens with apps on smartphones. Just drag one tile over another to group them and so on with the others. When you click on the folder, it will expand down in the Start menu to show you its contents. While they weren't a hit when they launched with Windows 8, Microsoft strongly believes in tiles and continues to invest in them.

It is one of the most publicized news by Microsoft on the occasion of the Creators Update presentation. MyPeople it will be the official social network of the Redmond company integrated in Windows 10. The application should work on the taskbar to the left of the system tray icons: it is there that we will place our favorite contacts to be able to contact them in one click. It seems that the contacts will come from the application People, from GroupM, from Skype and the people you collaborate with in Microsoft Office. People who, of course, have agreed to get in touch with you. A recent official announcement, however, speaks of a postponement of the launch of MyPeople, expected first in Creators Update and now in Redstone 3, the update that should arrive towards the end of the year.

Creators Update will allow you to synchronize an application you are using on another Windows 10 computer. The operation will be managed for you by Cortana who will take care of keeping track of the incoming notifications from the programs you want to keep updated on multiple devices. The scenario is obvious: you start writing a document in the office and then finish it at home and vice versa, improving and increasing work efficiency.

The other novelty is the integrated function for capturing system screens. Just press the buttons at the same time Windows + Shift + "S" to copy the selected screen area to the clipboard and then copy it with the CTRL + V tradition in the application of your choice. With the new way, Microsoft retires the old Stamp key which until now was one of the few quick ways to be able to take a snapshot of your screen.

It is a function inherited from Windows 8 which allows, from Edge, to press the Share button and choose which application - proposed in the menu that opens on the right - to share. Windows 10 Creators Update maintains this feature by improving it. In fact, the “Near Share” function is introduced, which allows you to share contents of various kinds with nearby devices via Bluetooth or Wi-Fi and, in all probability, also directly with MyPeople contacts.

Il Virtual Touchpad was thought of when connecting a Windows 10 tablet - such as a Surface Pro - to an external display, such as a TV to extend viewing. And if you haven't connected a mouse to the tablet, then this virtual touchpad will automatically appear on the tablet screen. It works like a real touchpad so that you can also manage the mouse pointer on the second screen.

What's new in Windows 10: here's what changes in the user interface

add a comment of What's new in Windows 10: here's what changes in the user interface