Windows 10, blocked the update on some PCs: what are they 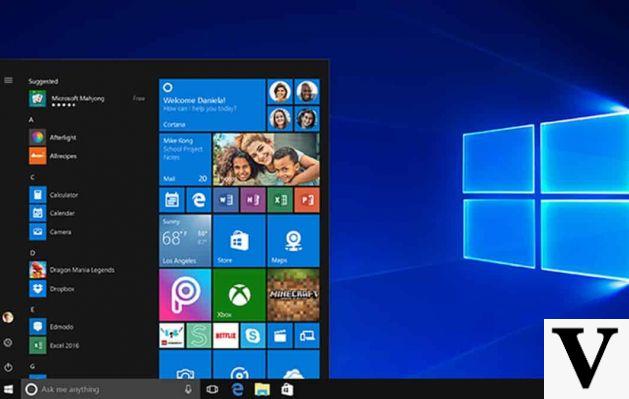 After reporting by compatibility issues of some devices with the latest update of Windows 10, Microsoft blocked it for some PCs. The problem concerns the LTE modem, which cannot reconnect to the internet after the computer restarts from hibernation.

In particular, the problem affects some LTE modem nand it showed up after installing the update Windows 10 version 2004. This is a malfunction similar to the one already encountered in the past with the 1903 and 1909 versions of Windows 10 released in early 2020. Even then, later installing the update computers could no longer connect to the internet. For this reason, Microsoft has decided to block the update until the problem is resolved and the official fix should arrive by September.

To announce the compatibility issue for the version 2004 update of Windows 10 it was the same Microsoft. In the note explains that after waking the PC from sleep or hibernation, some WWAN LTE modem they might fail to connect to the internet.

Microsoft therefore decided to apply a compatibility lock on Windows 10 PCs with the drivers of the affected WWAN LTE modems. If users who have this type of modem encounter the problem, the solution offered by the company is to try setting the flight mode and then deactivate it. With this step, connectivity should be restored.

Before downloading the update, the advice of Microsoft is to check your modem and compatibility with the 2004 version. In the event that the device falls within those a risk of malfunction, you need to turn off Windows 10 automatic updates and wait until the block is removed.

Windows 10, blocked the update on some PCs: what are they

Audio Video Windows 10, blocked the update on some PCs: what are they
Put your computer in your pocket: the best Windows and Linux stick computers ❯

add a comment of Windows 10, blocked the update on some PCs: what are they