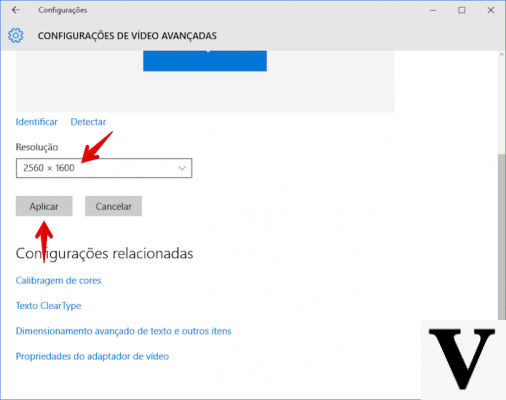 Su Microsoft Windows 10, both in the official and stable versions and in those for beta testers, an old function tested at the end of 2018 returns: the "banner" in the Settings window. test and these days some Windows users see it, others don't.

The very strange thing is that the banner, which in practice is a large fascia at the head of the window, of Settings is practically identical to its predecessor: why did Microsoft set it aside for almost two years, and then propose it exactly the same as before? Mysteries of Redmond, the fact is that at the moment (and it is not known for how long) there are users who have a new Settings screen, from which they can do some things in faster and more convenient way compared to those who do not have the banner. But how is this new graphic included in the Windows 10 Settings window made, and what exactly is it for? Is it something really important or just another test di Microsoft su Windows 10?

How the banner is done in Settings

In the operating systems on which Microsoft is testing the banner the user, when opening the Settings window, now sees a band at the top in darker color: on the left there is the Microsoft account used to log in to Windows, on the right some clickable icons that may vary according to the configuration.

Usually there is the OneDrive icon, for quick data backup, followed by that of the app My phone, to mirror the Android phone on Windows, then that of Windows Update, which tells us in real time if there are updates waiting to be installed and, finally, a very little useful icon relating to the Microsoft Rewards program.

In some cases there is also an additional icon: “Web Browser - Recommended settings“. It is used to change the default browser on the fly and, if the browser already is Microsoft Edge (also recently at the center of interesting changes), when we click on it Microsoft compliments us because we have installed "The best browser for Windows 10 with advanced privacy protection".


What is the new banner for

That the banner is not something without which the average Windows user could not survive is demonstrated by the fact that it has been coming and going for about two years, without anyone really missing it. In theory, however, it could also become one interesting and useful functionality if Microsoft implemented it in a smart way: instead of linking to Microsoft products and services, in fact, the banner could show us the last modified settings (or those we access most frequently).

Or Microsoft could make it customizable, so that the user can turn it into a powerful toolbar. In short, a good banner would make you regret the less Control Panel now at sunset. But of this, at the moment, there is nothing.

add a comment of Windows 10, new Settings screen: what changes