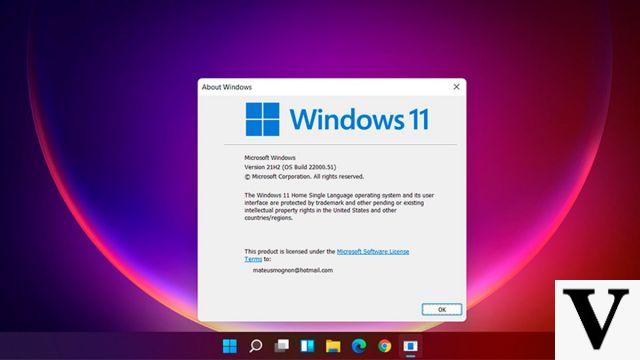 As often happens when something new is presented, even the announcement of Windows 11 has monopolized the attention of the network. Enthusiasts are eager to see Microsoft's next operating system in action, but it won't be easy due to a number of factors and the confusion that followed the announcement.

Microsoft initially announced the availability of Windows 11 by the end of the year, only to specify that it will be seen by the end of 2021 on newly produced computers (in these hours the prevailing hypothesis is October), while those who already own a Windows 10 license will have to wait for the update arriving in the first half of 2022. To further complicate things, Microsoft has thought of an oversight: among the requirements of Windows 11 the TPM 1.2 was first indicated, only to correct the shot a few days later with the TPM 2.0, a relatively recent feature that may cut out several not-yet-obsolete products. But what is TPM, and how necessary is it really?

What is TPM and why is it important

TPM first and foremost stands for Trusted Platform Module, a chip built into PC motherboards or into the CPU. The TPM is entrusted with the task of protecting cryptographic keys, access credentials and other sensitive data such as those on fingerprints used to access the PC.

A stolen password is a big problem, but it can be changed and the problem solved. But when a fingerprint is stolen ... well, it becomes everything enormously more complex. So the importance of the TPM is maximum, it is a fundamental chip in a world like the present one in which information travels more and more often in digital format, and smartphones and PCs store a lot of sensitive information.


The TPM is the basis of technologies such as Windows Hello, BitLocker and many others of the operating system, hence the fact that Microsoft has decided to erect the Windows of the future on TPM 2.0, the most recent and on paper also the safest, should not be surprising, especially in a historical moment like the present one, in which the pandemic has blurred the boundary between consumer and business use, also due to the massive use of smart working. .

In short, you need the maximum security both in consumer and business products since the boundary between the two almost no longer exists. In theory, most laptops and pre-built PCs of recent years should have no problem supporting TPM 2.0. The same should apply to systems assembled with modern components, so to speak from 2017 onwards.

Speculation on TPM has already started

After all, Microsoft's page dedicated to system requirements for Windows 11 is now very clear: they are needed XNUMXth generation Intel Core chip or later or chip AMD Ryzen 2000 or following. If you have a PC without a TPM but components that support the new operating system, you can try to purchase a specific TPM module for your motherboard on Amazon or eBay.

They usually cost modest figures, between 10 and 15 euros, but in recent days prices have also increased tenfold due to the sudden demand and speculators.

Audio Video Windows 11, all about TPM 2.0: what it is, what it is for and why it matters
What are the Windows 10 updates causing problems ❯