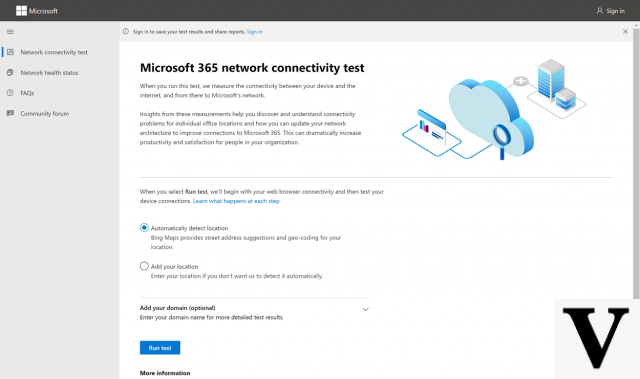 Un success so he didn't even expect it Microsoft: the tests of Windows 365 they were interrupted for "excess demand". The new version of Microsoft Windows, therefore, has aroused great interest among “business” users who can already test it for free but Microsoft had not set up a technical infrastructure capable of satisfying all these requests.

And, then, Microsoft's director of Windows 365 program Scott Manchester was forced to announce on Twitter: "We have seen an incredible response to Windows 365 and we must stop our free trial program until we add more capacity." Microsoft, meanwhile, has allowed users interested in trying Windows 365 to sign up in some sort of waiting list: as new computing capacity becomes available on Microsoft servers they will be called. This success, however, also hides the potential risk of the very idea behind Windows 365.

To understand what happened to the Windows 365 free test program we must first remember and what is Windows 365: it is not a new operating system, which you can download and install on your PC, but a new way to use Microsoft's operating system (today Windows 10, in the future also Windows 11).

The Windows 365 user basically uses the system operativo in Streaming: connects to the Windows 365 site, logs in with their credentials and starts using a remote virtual computer, on which the actual operating system runs.

It doesn't matter how powerful the computer the user is using, because all calculations take place on the virtual computer which, in reality, is “inside” i server di Microsoft. The Redmond company has monthly subscription plans: the user pays to have available tot CPU, tot RAM, tot storage space and for a version of Windows.


What happened to Windows 365

Once you have explained how Windows 365 works, it is easy to understand what happened to the test program: Microsoft has "set aside" too little power, too little memory and too little storage space on its servers and is unable to meet the demand coming from all users who want to try the new way of using Windows.

And here is all the crux of the problem: In the future, when Windows 365 is open to everyone and used by millions of people around the world, Microsoft will have to be able to guaranteeing power, memory and space for everyone. Otherwise, sooner or later, someone will not be able to work because "Windows 365 is down".

add a comment of Windows 365 sold out: Microsoft stops testing