Here are five reasons not to upgrade to Windows 10 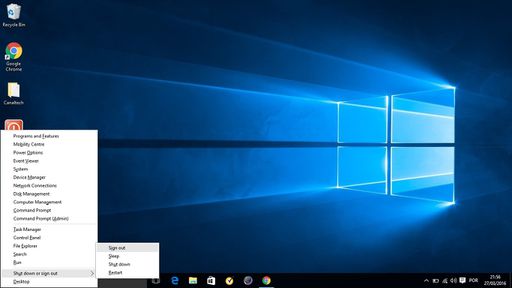 Chatted, expected and studied. Windows 10, as well as all updates to the Microsoft operating system, has aroused strong interest. Also because the criticisms of its predecessor, Windows 8, had not been few. Be careful though, there may be more than one reason not to upgrade your operating system.

System requirements. The requirements for having Windows 10 as our PC's operating system are not exaggerated. On the contrary. However, some devices may not respond to these requests, especially those who are short of hard drive space. In fact, it takes at least 20 GB to install the 64-bit version of Windows 10. While we need 13 GB if we want to use the 32-bit one. In addition, a processor of at least 16Hz is required. Regarding the RAM requirement is 2GB for the 64-bit version and 1GB for the 32-bit version. And finally, let's make sure you have a DirectX 9 compatible video card with WDDM driver.

We use old peripherals

Windows 10 has been in use for some time now and almost all peripherals have released updates compatible with this version. Almost all. Before deciding to change the version of the operating system therefore it is good verify that each of our peripherals, from the mouse, to the keyboard to the speakers, are compatible with the new Microsoft update.

Like most operating systems too Windows 10 has to deal with the privacy of its users. By default, in fact, it is set to continuously send feedback to Microsoft, allocate part of your device's broadband to its P2P update service, and send notifications on the Start menu. Many of these invasive behaviors can be turned off in the settings. Not all of them though. It is a fact that Windows 10 collects far more data from users when compared with its predecessors. This is the price to pay for exciting new features, such as universal device synchronization or Cortana, the artificial intelligence that acts as a personal assistant on Windows 10.


You don't want the forced update

Generally upgrading to a new version of the operating system is a reasoned choice that brings benefits. Although it must be said that even with the updates, the inconveniences may not be missing. For this reason, each user is free to decide whether or not to switch from one operating system to another. With Windows 10 this choice is not possible. The new versions are, in fact, downloaded automatically. The only concession left to the user on Windows 10 is to choose when the device will restart after the update. There are some ways to trick your computer into avoiding the update but they are a hassle and can take some time or technical knowledge.

With Windows 10, Microsoft has redesigned many of its functions. Replacing many of its programs with apps. For example Windows Photo Viewer no longer exists. As well as Windows Media Center. Removed along with DVD playback support. A decision, already started with Windows 8, that won't affect many people but that can lead to Windows Media Center users not wanting to update their operating system.

Here are five reasons not to upgrade to Windows 10

Audio Video Here are five reasons not to upgrade to Windows 10
Netflix in 4K quality, but only for Windows 10 users ❯