McDonalds "nuggets" only have 4 shapes, here's why

Yep, McDonalds “nuggets” only come in four shapes, wherever you go in the world. Named “boot”, “ball”, “bell” and “bone” these strange shapes are the only ones that can come out of the machine that makes them. They seem to aim to set them apart from the average “nuggets”, by giving them a little premium side, and making us forget their 100% industrial character, of course. 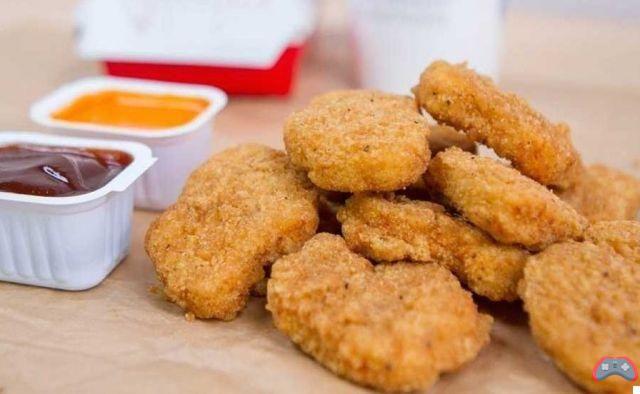 Without this detail at the bend of a McDonalds Canada com' operation, we might never have solved this existential mystery which, we are sure, has been pursuing you since the Happy Meal: why nuggets, industrial and calibrated food par excellence, are they all different? Or, for those who got the hint: how does McDonalds make us believe that the nuggets in the box are all different?

Simple: by making four identical types of nuggets, each in their own category. Then mixing them. This standardization is the result of extensive research to increase consumer satisfaction. In short, so that you want to order some again during your next visit to Ronald.

This is how McDonald's nuggets are made (according to McDonald's)

We learn all this in a video from the McDo Canada marketing department supposed to show us that nuggets are actually less “gross” than you think:

In restaurants, and once fried, the four shapes with rather strange names (boot? Ball?? Bell?? Bone????) must all end up in the box. The fact that there are too many nuggets of the same shape would make the box of nuggets “less appetizing”. The cooks of the brand are very controlled on this point.

The lack of variety can lead the box to move away from the “gold standard” defined by the brand. Which gives you a nice leg. So, since you know it now, take a good look in the box next time and demand “an authentic McDo experience”! To vary the pleasures, you can also go to Italy to taste the McDonald's Nutella burger.

A police officer has gone viral on TikTok delivering food himself after arresting the delivery man in charge of the order. The client was very surprised to see…YouTube Shorts, the service dedicated to short videos on the platform, has exceeded 5 billion (000 trillion) views in less than 5 years of existence. Short videos… A particularly strange new challenge is trending on TikTok. This challenge is not dangerous since it consists of peeling a raw egg without letting it sink. Why is he also…In the United States, a YouTuber and former Olympic snowboarder is accused of having deliberately crashed his plane to make views on YouTube. The Federal Aviation Administration has opened an investigation for…

Audio Video McDonalds "nuggets" only have 4 shapes, here's why
Social networks: a weapon to fight harassment and aggression ❯

add a comment of McDonalds "nuggets" only have 4 shapes, here's why